London Bridge is Falling Down? 'London Bridge is down': the secret plan for the days after the Queen’s death
"She is venerated around the world.

She has outlasted 12 US presidents (let's hope she outlasts 13;-).
She stands for stability and order.
But her kingdom is in turmoil, and her subjects are in denial that her reign will ever end.
That’s why the palace has a plan.
For Elizabeth II, the plan for what happens next is known as “London Bridge.”
The prime minister will be woken, if she is not already awake, and civil servants will say “London Bridge is down” on secure lines.
From the Foreign Office’s Global Response Centre, at an undisclosed location in the capital, the news will go out to the 15 governments outside the UK where the Queen is also the head of state, and the 36 other nations of the Commonwealth for whom she has served as a symbolic figurehead – a face familiar in dreams and the untidy drawings of a billion schoolchildren – since the dawn of the atomic age."
"Rennie's Old London Bridge is a prominent landmark in T.S. Eliot's masterpiece "The Waste Land", wherein he compares the shuffling commuters across London Bridge to the hell-bound souls of
Dante's Limbo." 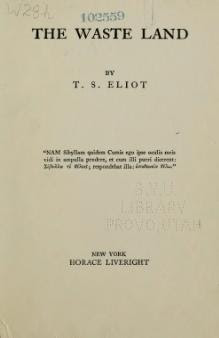 ""London Bridge" refers to several historical bridges that have spanned the River Thames between the City of London and Southwark, in central London.
The current crossing, which opened to traffic in 1973, is a
box girder bridge built from concrete and steel.
This replaced a 19th-century stone-arched bridge, which in turn superseded a 600-year-old medieval structure.
This was preceded by a succession of timber bridges, the first built by the Roman founders of London.
Its importance has been the subject of popular culture throughout the ages such as in the nursery rhyme "London Bridge Is Falling Down" and its inclusion within art and literature.

"London Bridge Is Falling Down"
(also known as "My Fair Lady" or "London Bridge")
is a traditional English nursery rhyme and singing game, which is found in different versions all over the world.
It deals with the depredations of London Bridge and attempts, realistic or fanciful, to repair it.
It may date back to bridge rhymes and games of the
Late Middle Ages, but the earliest records of the rhyme in English are from the seventeenth century.
The lyrics were first printed in close to their modern form in the mid-eighteenth century and became popular, particularly in Britain and the United States in the nineteenth century." 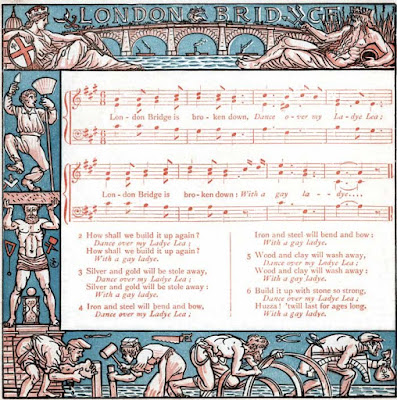 "The modern bridge is owned and maintained by Bridge House Estates, an independent charity overseen by the
City of London Corporation." 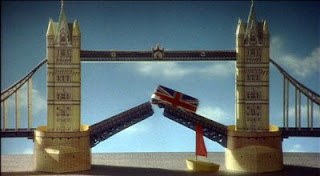 A lot of people outside of Britain confuse London Bridge with the Tower Bridge which is further upriver.
I find it very ironic that the whole of London Bridge is in the boundary of The City of London, a part of the city that the Queen needs to get permission from the Lord Mayor of the City to enter.
"While she may be the head of state, the Queen still needs permission from the Lord Mayor to enter the City of London.
During the procession celebrating the defeat of the Spanish Armada, Queen Elizabeth I was met by the Lord Mayor at Temple Bar where he presented her with the keys to the City, and in return she gave him a bejewelled sword.
To this day, it is tradition for the Queen to stop at Temple Bar – the gateway into the City of London – requesting permission to enter."
Fifty year ago this year London Bridge was put on the market and eventually sold and moved to The United States.
"In 1967, the Common Council of the City of London placed the bridge on the market and began to look for potential buyers.
Council member Ivan Luckin had put forward the idea of selling the bridge, and recalled: "They all thought I was completely crazy when I suggested we should sell London Bridge when it needed replacing."
On 18 April 1968, Rennie's bridge was sold to an American.
It was purchased by the Missourian entrepreneur
Robert P. McCulloch of McCulloch Oil for US$2,460,000.
The claim that McCulloch believed mistakenly that he was buying the more impressive Tower Bridge was denied by Luckin in a newspaper interview.
As the bridge was taken apart, each piece was meticulously numbered.
The blocks were then shipped overseas through the Panama Canal to California and trucked from Long Beach to Arizona.
The bridge was reconstructed by Sundt Construction at
Lake Havasu City, Arizona, and re-dedicated on 10 October 1971.
The reconstruction of Rennie's London Bridge spans the Bridgewater Channel canal that leads from the Uptown area of Lake Havasu City and follows McCulloch Boulevard onto an island that has yet to be named."
"HMS Jupiter (F60) was a Batch 3 Leander-class frigate of the Royal Navy (RN).
She was, like the rest of the class, named after
a figure of mythology.
Built by Yarrow Shipbuilders of Scotstoun, she was launched on 4 September 1967 and commissioned on 9 August 1969.
On 13 June 1984, as she was leaving the Pool of London after a visit to the capital, she collided with London Bridge causing significant damage to both ship and bridge.
The ship's Captain, Commander Colin Hamilton, was later court martialed at Portsmouth on 4 December 1984."


Gary P. Nunn's song "London Homesick Blues" includes the lyrics, "Even London Bridge has fallen down, and moved to Arizona, now I know why. 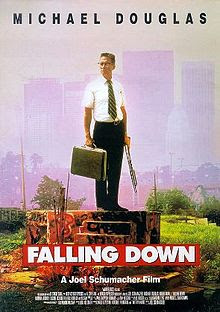 In the film Falling Down (1993), Robert Duvall's character Sergeant Prendergast speaks about how he plans to retire in Lake Havasu City. 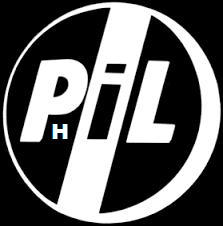 The news media almost went into meltdown last week when they thought that maybe "London Bridge was down", but were miffed when it only turned out that Phil was just stepping down rather than any bridge falling down.
Prince Philip retires after seven decades of dutiful service and some memorable gaffes
And I say God save the Queen to save us all from King Charles.
And if Sid Vicious was still alive he would have turned sixty yesterday.
The Present Can Only Be Viewed from the Past
Posted by Brizdaz (Darren) at 5/11/2017 09:24:00 PM