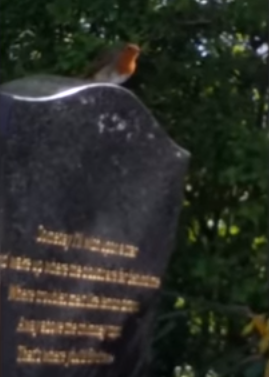 Robin at son's grave moves mum to tears
"Marie Robinson's son Jack died of a brain tumour in 2014 aged four.
She filmed the bird on the third anniversary of his death at the graveyard in Waterlooville, Hampshire.
Mrs Robinson said the family always associated robins with Jack so she was moved to tears when it flew to her.
She said robins were a familiar sight whenever the family visited Jack's grave but one had "never come so close".
"It was sitting by the side of a grave - it kept flying around. 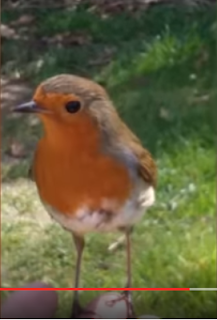 It came back and was happy to come onto my hand and then looked straight into the camera.
"It was mind blowing - it kept coming back.
It even sat on my shoulder."
Jack died after being diagnosed with a brain tumour in 2014.
Mrs Robinson said: "It never gets easier.
"Whenever we'd go out, Jack and his twin would go robin spotting so it is something we always associate with him - it was just breathtaking."" 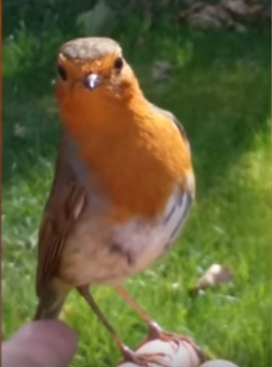 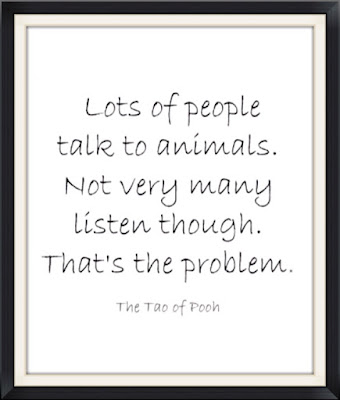