You'll Come a Waltzing Matilda with Me? 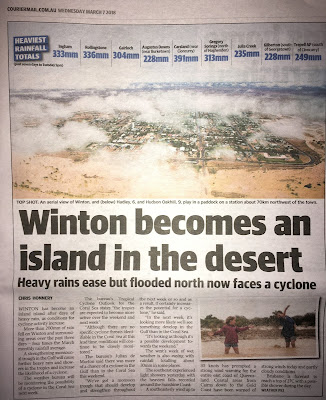 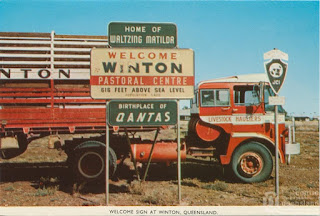 I wrote a post in February about siren themes in the synchromystic ether and the Australia Day drownings that were in the news -
The Bells Just Keep Tolling, But for Whom?

In that post I mentioned the town of Winton and how the song 'Waltzing Matilda', which is about a swagman drowning himself in a waterhole, was written in that town. 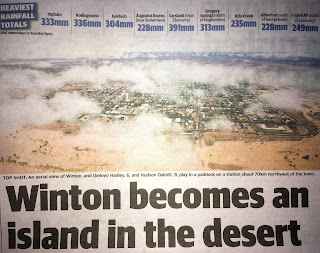 So to see the town of Winton surrounded by floodwater in my local newspaper on March 7th, 2018, was a WTF
(Winton Town Flooded?-) moment for me.

Not only that, but on the next page was Australia's tourism ambassador, Chris Hemsworth knee-deep in water wading through surf!? 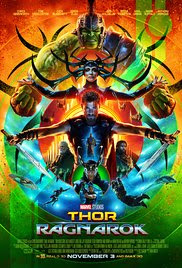 I wrote about Chris's latest tourism Croc of a commercial in this post -
Another Croc? What a Load of Shi ... Fake News!

But what really blew me away was I found a You Tube of
Johnny Cash of all people singing and explaining the lyrics of 'Waltzing Matilda' to an American audience.
John got the jumbuck part wrong, but overall he explains the meaning pretty well.
But I also wrote a post recently featuring Johnny's song about a flood -
13 Feet and Rising?