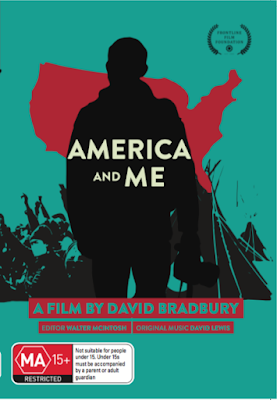 "David Bradbury was recently in the US again with his camera rolling in eight cities across America for the making of the sequel to America & Me.
One year into Trump’s administration Bradbury reports back – he has never seen American society so explosive. “This northern summer and the remaining three years of Trump are going to be explosive, potentially similar to the US of the 1960s,’ the veteran filmmaker says." 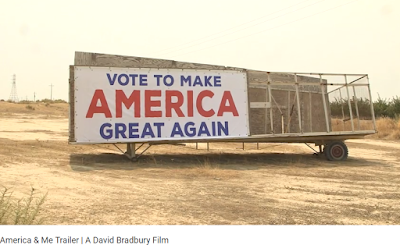 I haven't seen David's movie 'America & Me' yet, but I have seen other films of David's such as 'Blowin' in the Wind', 'Hard Rain' and 'On Borrowed Time'. 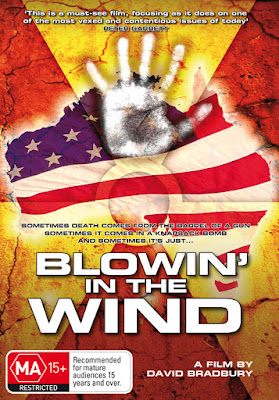 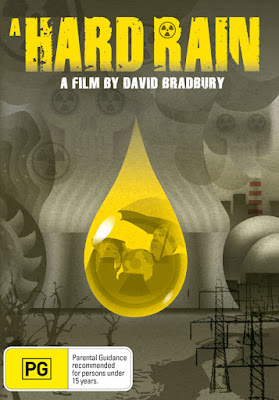 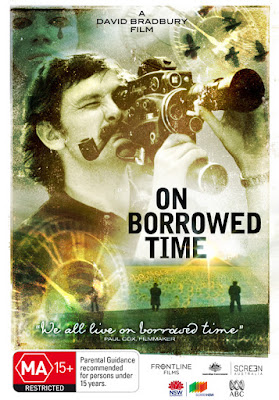 I met David years ago at a screening of his film 'On Borrowed Time', which was about the filmmaker Paul Cox and his battle with liver cancer, which Paul lost a few years after the film was made, even after surviving a liver transplant.
On Borrowed Time/Paul Cox 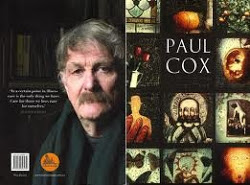 The film David is currently making with the title,
'Winter in America' reminds me of the 1976 song of the same name sung by Doug ASHdown (of all names) and a nuclear winter.
Let's hope the world isn't headed down that path.
"AMERICA & ME documents the filmmaker's observations over three months in the US during the lead up to the surprise election of Donald Trump.

A one-man band and always traveling with his camera, David Bradbury was easily able to slip into gear and start filming while on tour with his antimilitarism documentary War on Trial.
Eight US cities later he chronicled what was happening on the streets of America; 40 years after Ronald Reagan introduced the economic theories of Milton Friedman and the infamous Chicago Boys to the world.
Bradbury interviews veterans of America’s failed wars to maintain Empire, gets down in the gutter with the homeless to find out what life is like on the streets, speaks to a nun who was violated by the military junta in Guatemala under the directions of a CIA operative, goes to the US/Mexican border where Trump plans to build the Wall, films out front of CIA Headquarters in Langley, Virginia where deadly drone attacks are ordered up every 'Killer Tuesday' by the US President...and ends up at the Standing Rock protest camp for Election Day.
These vignettes give context to Bradbury's critique of the American penchant for Empire, using telling moments from his earlier films shot on the edge of the American colossus – Nicaragua No Pasaran, Chile Hasta Cuando?, Frontline and South of the Border." 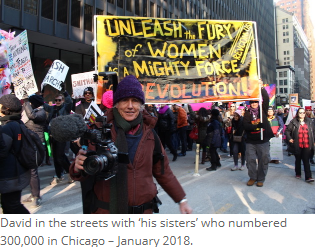