The Man Who Drove With His Eyes Closed (Part 1) 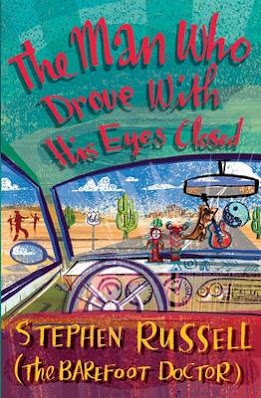 A book that I've just finished reading and had loads of synchronicities while reading was the  book pictured  above called
The Man Who Drove With His Eyes Closed.
To quote the blurb on the back cover;
"In over 25 years of training, Barefoot Doctor learned from some of the most colourful, inspiring and innovative teachers and gurus of their generation.

As well as the man who could drive for miles with his eyes closed, in this book you’ll meet Geshe, who emitted actual light when meditating; the tai chi teacher who could throw people across the room with one finger; Geronimo’s grandson; and luminaries such as RD Laing and Ram Dass.
Then there’s Psycho Dan, on the run for pulling someone’s ears off with his bare hands, who taught Barefoot how to fight.
In this book, Barefoot Doctor achieves something unique: telling ripping yarns about real-life gurus while also succeeding in passing on the essence of their teachings, and inspiring you the reader to start living by your intuition and creating an incredible life of your own.
‘Learn how to create the life you want by just being yourself’
Health & Fitness magazine
Stephen Russell , the Barefoot Doctor, is a leading light in the world of personal development and has been at the helm of the movement for over two decades.
Author of 13 bestselling books, he’s devoted his life to interpreting, simplifying and sharing the ancient Taoist system of medicine, martial arts, meditation and creativity.
He has a following of millions around the globe, who log on daily to his website www.barefootdoctorglobal.com and attend his various talks, seminars, events and club nights"
Now, I had never heard of this guy before ... I had heard the name 'Barefoot Doctor' bandied about, but knew nothing personally about this guy.
I have to admit that I only bought this book because the cover and title of the book.
It just spoke to me on a subconscious level, especially with all the symbols on the front cover that seemed as though they could quite easily have been taken out of my life story.
The Katchina dolls, the Yin-Yang symbol (especially with the that shade of blue, instead of the white of the traditional symbol),
the car radio, the guitar, the cowboy boot (The Tao of Willie, a book Willie Nelson wrote about his life that I read and thoroughly loved), and 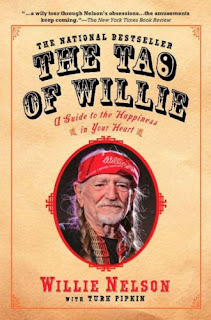 The route 66 sign (representing the road trip to me ... I have a lot of syncs on road trips).
I had been meaning to get into the Tao and Tai-Chi more, and this book looked interesting to me ... and it was.
Right from the intro it started getting interesting to me and the synchros with my life started up.
Lego-land is mentioned in the intro and just hanging above my computer to the right of me is a Lego-man torch which I bought after reading Marcus T Anthony's book Sage of Synchronicity where he mentions about the ego,
"Denial of what lies within creates a separation between the conscious mind and the psyche; and in that space of denial a shadow is created.
That shadow, in turn, makes it impossible for the light of Spirit to fully shine through you.
The light can only penetrate to those parts of you which you are willing to own, to love.
The act of rejection of the ego is the act of rejection of you."
It's a great read Sage of Synchronicity and I also bought other things to remind me about other aspects of the self, which are mentioned in Marcus's book, like the wounded child,
Anyway, getting back to The Man Who Drove With His Eyes Closed, Stephen Russell does seem to be quite a character, and whether he truly is out to spread the love and wisdom around or to just make a buck out of his philosophies and life experiences, I still don't know.
I would like to think he is the real deal, and for now I'll give him the benefit of the doubt, but you'll have to make up your own mind about him.
Below is a YouTube of him talking about how to manifest abundance.
I like how the clip starts off with a drawing of a blue bird (Sacred Kingfisher, maybe?) cupped in between two hands.
Another synchro???
He starts his book off with a chapter called Dance of the Red Ants and relates how he was bitten by some red ants at the age of four, and decided to hold them at bay by tapping out a rhythmic beat with a pair of pine cones, because he didn't want his freedom to move about the planet limited by a fear of red ants.
Interestingly, I was flicking through my Inside Out magazine at the time and came across an ad for this website;
http://www.artwraps.com.au/index.php?cPath=13
and what should they be selling?
Red ant wheelie bin stickers.
Now the book had my attention ... and this is just the start of it.
Part 2, coming soon.