The Man Who Drove With His Eyes Closed (Part 2) 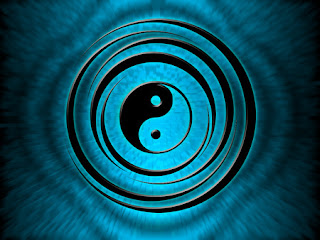 In chapter one Dance of the Red Ants, Stephen (Barefoot Doc) writes about understanding,
"the rhythm of life - not intellectually, but by feeling it in your body ... the yin and yang of Taoist philosophy".
Then he writes,"furthermore, you're able to shift the actual conditions of the everyday, simply by perceiving them differently".
Stephen writes,"as I stood there among the red ants on the red soil with the red bite on my foot, instinctively banging out the beat with the pine cones on the log, causing reverberations in the ground to radiate in ever-increasing circles (I could feel it), I noticed that the ants would keep a respectful distance.
But when I stopped, they'd start moving dangerously toward me.
It seemed obvious to me at that moment that such rhythmically induced vibration activation was a powerful tool for keeping the sting of life at bay, for keeping the disparate elements composing the everyday in order."

It struck me what a wonderful piece of wisdom this poetic image was.
That paragraph also brought back memories of one of my favorite childhood pop-songs, Ant Music by Adam and the Ants.
How primal is that?
Adam, representing the first mythological man, and the Ants.
According to Stephen," Barefoot doctors were modest, noble, selfless characters who traveled humbly about the far-flung regions of ancient China and throughout Asia, their sole mission being to spread healing and cheerfulness wherever they went.
As necessary they would perform acupressure or acupuncture; do massage and manipulations, dispense medicinal herbs; draw magical talismans on the walls of homes to attract good fortune and fertility; sing songs, play music, and use voice and rhythm in a quasi-shamanic way with the help of lutes, flutes and percussion instruments; recite poetry to raise people's spirits; tell stories to illustrate Taoist philosophy and wisdom; and teach tai chi and chi-gung moves to make their devotees strong, clear and healthy."
Sounds like my kind of job ... better than driving forklifts all day long;-)
He writes,"like the fool in the tarot deck, I was just innocently following my fascination from day one with an insatiable lust for the keys to what I'd now call hyper-reality, or the Tao".
That sounds like how I would describe my own quest through life, as well.
I have always been attracted to the Asian religions and I like using a term like "The Tao" instead of the word God .
Not that I don't believe in a God like being, it's just that the word "God" always seems to be used as a term for a masculine deity, instead of a force that is equal parts both male and female, or neither.
To me the idea of "The Tao" is a much  better term for the idea of "God" than what seems to be portrayed as the idea of God in the mainstream Judaic/Christian teachings.
When I was a boy of around 9 or 10, I used to go to the horse races in Brisbane with my father and I remember passing a Taoist temple and  watching the Chinese worshipers going in and out of the temple and watching the incense wafting out the door and thinking I wish I could go in there and burn incense too and pray to God with them.
And I just loved TV shows like Kung-Fu and The Samurai.
I always had this feeling as a kid that I had lived in such times in Asia, not that I had any concrete memories of  a particular life, but the culture seemed familiar to me in a sentimental way. 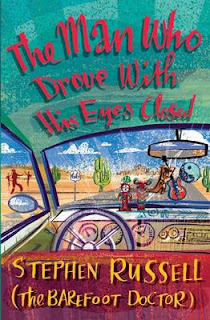 Chapter 2: The Sacred Om is about  how he heard something that sounded like, "a million lamas chanting om, transposed approximately 50 octaves below normal human hearing levels".
He writes about growing up in North London (were my favourite football team Tottenham Hotspur are based ... I don't know if he follows them or not ) and his love of The Beatles and Pink Floyd (two of my favourite bands, by the way) Cream, The Rolling Stones and Jimi Hendrix ( yeah ... not bad;-)
His main idea in this chapter is that it all keeps coming back to sound and vibration.

Chapter 3: Swinging London starts off talking about his experiences in the "Swinging 60's" of  growing up and meeting people in London and watching Yellow Submarine at a local cinema stoned on pot (maybe a good idea, because I watched it sober and didn't really like it all that much ... maybe I should give it a viewing in sense-a-round too someday;-)
After talking about some colourful characters he meets at that time in London, he concludes the chapter with a sentiment that I've always believed,"You just never know the effect you'll have on others when you step out of the house in the morning".