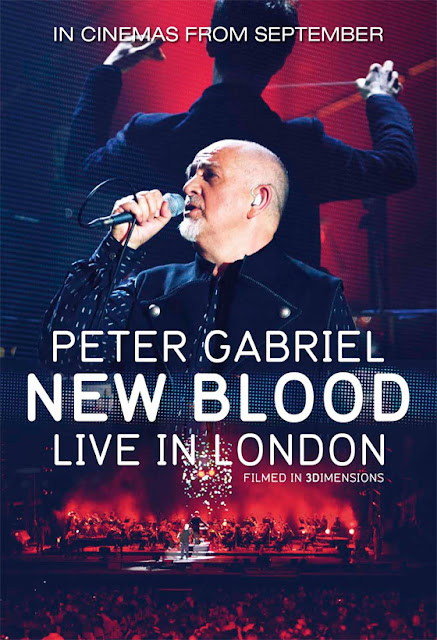 I just saw Peter Gabriel's New Blood Live in 3D on the big screen at the Dendy cinema in Brisbane and wow, it was worth every cent.
One that I'll be sure to grab when it's out on DVD.
"Over two nights in March 2011, Peter Gabriel took to the stage at the HMV Hammersmith Apollo, London, in the company of the 46-strong New Blood Orchestra, with the entire event filmed in 3D.
The extraordinary show features a handful of the covers from Scratch My Back, but the majority of songs are taken from Peter's solo career and given the same glorious orchestral treatment"
I wish he would bring his live show to Brisbane, but this was the next best thing, I guess.
Bravo!
Posted by Brizdaz (Darren) at 8/28/2011 06:07:00 PM