The Crow Feather and the Willie Nelson Record? 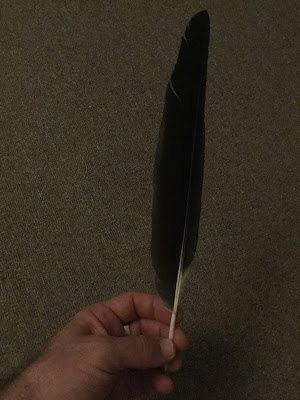 I went to visit my mother at the family house on Monday and when I stepped out of my car I saw the biggest crow feather I have ever picked up laying on the footpath outside her house.
My mother must have seen me pull up outside and was standing at her front door and I picked up the feather and yelled out to her, "look what I just found", thinking it must have just fallen off a crow as I pulled up at the curb.
She yelled back saying that the feather has been there all morning.
I thought what, nobody picked up this beautiful big feather and the wind didn't blow it away?!
This feather must have been meant for me then.
My mother said it was probably from one of the crows that live at your sisters house over the back, and knowing about crows and their territorial boundaries I knew mum was right.
As soon as I got to her front steps a crow flew up onto the telephone pole next to my car and was watching me as if to say, "hey that's my feather buddy".
Now I knew that if this crow flew from it's nesting tree in my sister's backyard to the telephone pole it must have flown over the tree in my mother's yard where my father's ashes are.
When I went inside the house my mother asked me if I wanted the Willie Nelson record pictured above, because she knew that I liked Willie Nelson songs.
She said this was the last record your dad ever played because it was on the turntable of his record player when she was clearing out all of his old records. 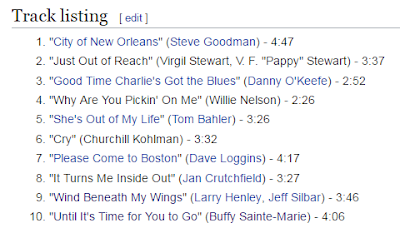 I said I don't really like the songs on that record and since my divorce I can't stand listening to love songs anymore, but I'll take the record just because it was the last record dad ever listened to. 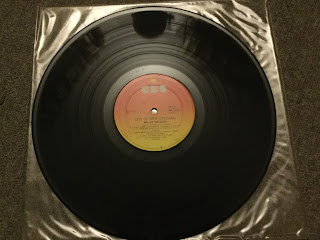 I asked mum where the cover was for the record, as I wasn't going to keep it in a shopping bag on my shelf.
She said that it must have been in the pile of records that none of us wanted and she had given them away, maybe even to a charity store, so it was gone.
So when I got back to my unit I put the record in a plastic cover off another record I had on my shelf.
The only song that I sort of liked on the record was
'Until It's Time for You to Go', which in hindsight was a little creepy considering this was the last track on the last record that my father ever played.
I never knew that Buffy Sainte-Marie had written that song.
Buffy Sainte Marie. I did like 'Wind Beneath My Wings' as well, but I always associate that song with funerals when I hear it, because let's face it, how many times do you hear this song at someone's funeral requested to be played by a loved one?
It wasn't played at my father's funeral thank heavens, or I'd never be able to listen to this record without having a box of tissues near by.
I couldn't remember what this album cover looked like until I Googled the record and found the cover image. 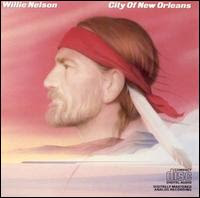 WTF?
Willie has a feather about the same size as the crow feather I found, hanging from behind his ear on the cover.
I hadn't heard much news about Willie lately, so I Googled the most recent news stories about what Willie was doing now and found this news story -
Willie Nelson cancels two Las Vegas shows due to ‘bad cold’
"Nelson’s publicist, Elaine Schock, said Thursday that Nelson has a bad cold and won’t play Saturday or Sunday."
My father had dementia, but died from pneumonia when the nursing home staff told me that his pneumonia was cured and was just nothing more than a bad cold now.
But my mum also told me she was having breathing difficulties the other night and thought she was going to die.
So now I was confused as to just what this crow feather meant, if anything.
Was this dad's way of telling me that Willie was about to pass?
Or that mum was going to pass?
Or maybe that I was going to pass?
Maybe all of the above, or none of the above? 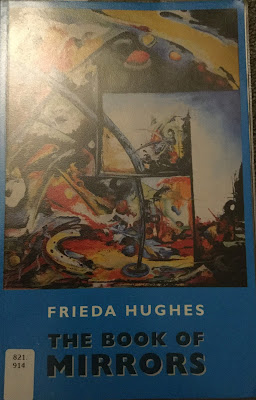 I was also reading Frieda Hughes', 'The Book of Mirrors' and had just read her poem 'My Crow' that morning. 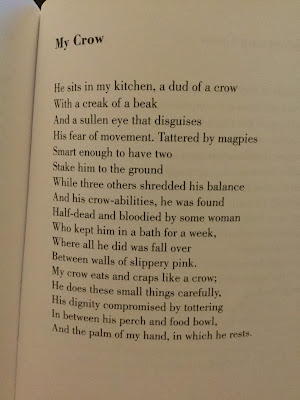 Frieda Hughes and the Shamanic Spirit of Art?
So I guess that we will have to wait and see what happens in the next week, or two here, or just see if it was nothing but a random feather with no meanings attached.
So, if I stop posting for a while you can guess which option eventuated here;-)
If there is a message here for me, I don't see it being a good one, though.