A Message from the Whole to the Part?

I like how in the podcast with Dr. Bernie Beitman that Richard Tarnas describes Jung's stopped stop watch as a message from the whole to the part.
Richard Tarnas - Synchronicity and Its Larger Implications
"Richard Tarnas, Ph.D., is the founding director of the graduate program in Philosophy, Cosmology, and Consciousness at the California Institute of Integral Studies.
He teaches courses in the history of ideas, archetypal studies, depth psychology, and religious evolution.
He frequently lectures on archetypal studies and depth psychology at Pacifica Graduate Institute in Santa Barbara, and was formerly the director of programs and education at Esalen Institute in Big Sur.
He is the author of The Passion of the Western Mind, a history of the Western world view from the ancient Greek to the postmodern widely used in universities.
His second book, Cosmos and Psyche: Intimations of a New World View, received the Book of the Year Prize from the Scientific and Medical Network, and is the basis for the upcoming documentary film Changing of the Gods.
He is a past president of the International Transpersonal Association and served on the Board of Governors for the C. G. Jung Institute of San Francisco."
In the podcast with Dr. Beitman, Richard talks about Freud and Jung and some personal synchronicities Richard had with Jung and his own life.

Jung has always been my hero when it comes to shrinks and I've never been a big fan of Freud's work, even though I acknowledge that without Freud there would probably have been no Jung in the world of shrinks.
I kind of find it a personal synchronicity that the day I celebrate my birthday is also the anniversary of Freud's passing. 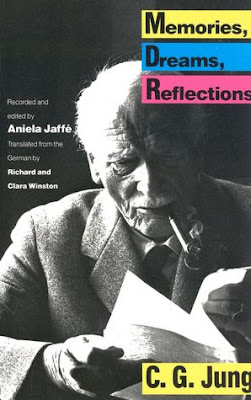