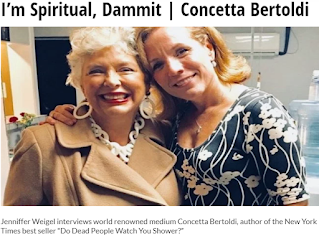 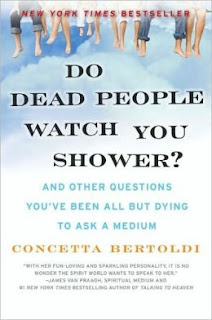 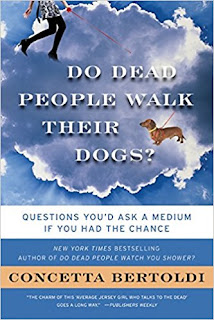 I’m Spiritual, Dammit | Concetta Bertoldi
I have never heard of Concetta Bertoldi before listening to
this podcast, or if I had I wasn't familiar with her work and her books, but with the 'Year of the Dog' approaching I think I would rather read 'Do Dead People Walk Their Dogs?' than the creepy sounding 'Do Dead People Watch You Shower?'.
The last post I wrote about was called -
The Many Faces of COINcidence?

and it was about synchronicity and coincidences, but if you listen to the Concetta Bertoldi podcast you will find a real coincidence story told in it (pun truly intended there). 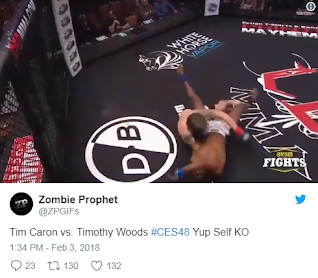 I had to laugh (and I did too) when I was listening again to the podcast while writing this post up and Concetta made a tongue trip around the 26 and a half minute mark of the podcast when she was talking about a daughter who was guilty that she had left the room when her mother died and Concetta said that the lady was beating herself out, then corrects herself to say "beating herself up".
I was chuckling thinking I've heard of people of people beating themselves up (done that myself), but I had never heard of someone beating themselves out.
That was until I took a break writing up this post and then saw on my news-feed about a guy named Timothy Woods of all names knocking himself out cold in the ring.
Knock on Woods?-)
Watch an MMA fighter knock himself out in the first round

"It took middleweight fighter Timothy Woods just 83 seconds to end his fight with Tim Caron at CES MMA 48 via stoppage - but unfortunately for Woods, he knocked himself out." 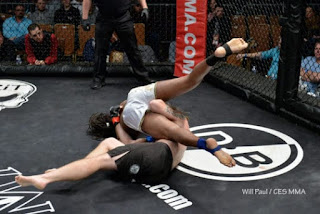 Maybe there was a message there for me, as in the ring was a Yin/Yang like symbol with DB written in it, which happens to be my initials as well.
I guess you learn something everyday down here?
And I'm buying myself a new shower curtain, too:-)