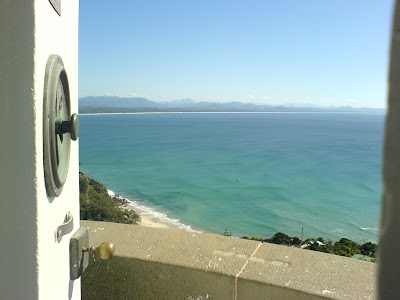 The foggy memories of a life that has past
develop each day into fantasies fast
of a time to reflect on a life that was vast
and the winds of change that have blown on my mast
as my mind sails away on the thoughts that are cast
to a future where I look back wishing this moment would last.
That poem at the top of the post was my first real attempt at writing a poem.
It took me about literally 5 minutes to write, it just flowed out.
I had never considered writing a poem before, just didn't seem to be my thing really.
I only did it as an exercise in the above book that I started reading.
I bought this book in a pile from Amazon and left it in the pile till this weekend when I got the urge to read it.
Why I bought this book I couldn't tell you.
I don't mind taking photos...that's one of mine above that I took on an Ericsson cell phone camera looking out a door of the
Byron Bay Lighthouse towards Brisbane, the city I was born in.
I was on page 19 of this book where it was about poems and creating a word toolbox and the previous page was about taking a walk with your camera and snapping shots of familiar surroundings.
Then I got the idea of sailing on the Brisbane River and doing a poem about memories of growing up in Brisbane, but it all seemed too vast.
I thought how would I capture all of my memories of my hometown in a single poem?
And besides, Byron Bay is like a second home to me and I didn't want to exclude Byron from the poem, since many great memories involve Byron just as much as Brisbane.
Then I remembered a shot I took inside the lighthouse looking out toward Brisbane and wishing that moment could last for eternity.
The poem just fell out of my head then, because that's the kind of thoughts that were rushing through my mind at the time of the shot.
That's when I realized poetry is a very personal thing and probably only really makes sense to the person who wrote it, or is most precious to the person who wrote it. 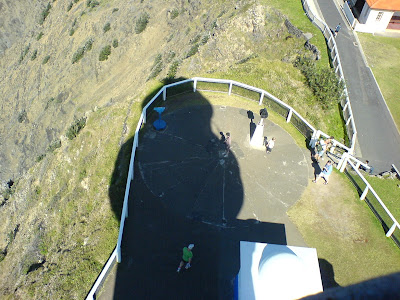 If I had to pick my favourite building in the whole world beside my house, this lighthouse would be it.
The funny thing was because I had decided on the lighthouse photo the words "foggy memories" clicked in my mind, because when I think of a lighthouse I think of a beacon of light guiding ships through thick fog to safety.
After I had written the poem I continued on reading the book.
Next page though I couldn't believe what I was reading.
Liz writes the first memory she had of poetry was reading Carl Sandburg's poem Fog.

The fog comes
on little cat feet.
It sits looking
over harbor and city
on silent haunches
and then moves on.
Carl Sandburg
This was a book that I rationally thought would be a waste of my money, because I'm not interested in scrap booking type projects, didn't think I would ever enjoy writing a poem, and didn't care much about learning photography.
But so far I'm finding this book quite mind expanding.
I checked out Liz's blog today and that looks interesting too.
http://www.lizlamoreux.com/ 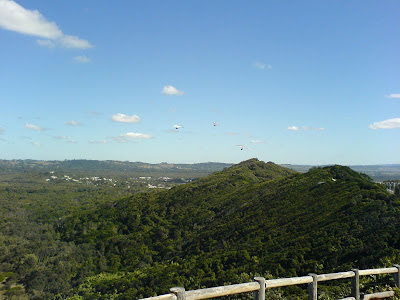 Anyway, back to her book for me.
This could end up being a poetry blog filled with all of my great poems that I write from now on.
Hey...where are you going?-)
Looks like I have something to aim for now ;-)