Gotye in Running for Grammys 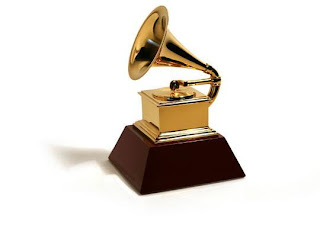 "Melbourne singer-songwriter Gotye has capped off an incredible year by being nominated for three Grammy awards.
His track Somebody That I Used To Know is nominated for record of the year, against songs from Frank Ocean, Kelly Clarkson, fun, Taylor Swift and The Black Keys.
Somebody That I Used To Know is also nominated for best pop duo/group performance by Gotye and Kimbra, while Gotye's album Making Mirrors is nominated for best alternative music album."
Gotye in running for Grammy gongs
I saw him play, more or less, by accident at the Woodford Folkfest last year -
Wednesday at Woodford
I think at least one Grammy is already in the bag.
But I can't see John Safran winning one for this effort, maybe a little more Peyote and who knows?-)