Dark Side of the Sucker Punch?

I had just read Chris Knowles' post
So Now You Know (Part Two) UPDATED
where he writes about Lennox Castle Hospital in Scotland being an MK Ultra testing ground. 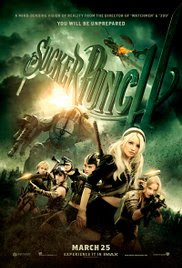 I remembered that the movie 'Sucker Punch' featured a mental hospital named Lennox House and the movie was about, "a young girl is institutionalized by her abusive stepfather, retreating to an alternative reality as a coping strategy, envisioning a plan to help her escape".
"The asylum is named Lennox House.

The song playing during the opening scene is a cover of
"Sweet Dreams (Are Made of This)", written and originally recorded by British pop music duo Eurythmics, comprising David A. Stewart and Annie Lennox (who is Scottish, by the way)."
But I also found out at the movie's IMDB trivia page that the film apparently synchs with Pink Floyd's 'Darkside of the Moon' album. 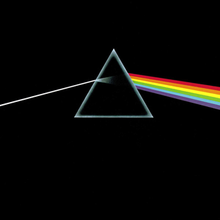 "There are a striking number of coincidences between events in the movie and musical cues (and lyrics) on the 1973 Pink Floyd album, "Dark Side of the Moon".
A fan discovered the synchronicity and has revealed all details including the compilation itself through the internet.
In a phenomena known as 'synchronicity' the album is played as an alternate soundtrack for the entire film that not only works as a metaphorical piece to the themes shared between the film and music, but also sound cues that act as a sound effect or inner monologues spoken out loud for the characters through the album.
A few of the too-numerous-to-name coincidences include (but are not limited to):
Climactic screams to the reveal of the dead mother and the gunshot that kills Amber.
Heartbeats as the girls are at high risk of getting caught or dying as they enact their plan.
"Run, rabbit, run" is heard as the door is kicked down at the beginning and end of the film, mirroring the stepfather kicking the closet door open to reveal the little sister (the beginning) and Babydoll kicking Blue down as the door opens to reveal Sweet Pea in the closet (the end).
Babydoll is also running another time this is spoken.
"Don't be afraid to care" as BabyDoll looks through the peephole worried about her little sister.
"Look around..." as BabyDoll turns her head to "choose your own ground" as BabyDoll realizes what she's done after firing the gun, the music shifts mirroring her descent into madness.
The song "Money" plays as Madame Gorski and her counterpart, The Wise Man, gives BabyDoll advice much as the song does.
The three samurai appear to speak as drunken men on the album.
When the main samurai takes a step forward, a loud sound of a footstep is heard as the screen shakes right in tune.
Bells are heard when the cafeteria/theatre is revealed to BabyDoll and later as the bell rings for dismissal of class.
The increasing cries for 'The Great Gig In The Sky' are heard as BabyDoll is crying at night in the asylum and as the baby dragon's throat is slit.
The woman's voice seems to mirror the fury of the mother dragon after discovering the dead child.
"I never said I was afraid of dying" Rocket defying the cook and the baby dragon's lifeless body is lifted by its mother.
"Eh" Babydoll appears to say this right in tune with the album.
'Us and Them' as Babydoll takes on the three samurai and the girls take on the train of robots.
As BabyDoll takes center floor to "dance" and the plan is initiated, a heart beats as Babydoll imagines herself in a different place - "The lunatic is on the grass.... remembering games and daisy chains and laughs, got to keep the loonies on the path."
"The lunatic is in my head" as a pilot flies into the head of a blimp with a face.
Many allusions to Rocket's death.
There are a couple of instances where Rocket seems as if she is saying things like "I never said I was afraid of dying" and "Why should I be afraid of dying..."
When Rocket is on the train that explodes in the city, drum beats are to the tune of a succession of glass breaking from the blast.
BabyDoll looks in in disbelief as the city goes dark (an allusion to the death of her sister) as "I'll see you on the dark side of the moon" is said.
Said again as Sweet Pea watches Rocket die in her arms.
"You raise the blade, you make the change..." as the cook raises his knife out of Rocket.
"You rearrange me 'till I'm sane." happens as all the girls walk side by side (all representing different aspects of the "star of the show") and later as their group is torn apart.
"Home, home again" Babydoll closes her eyes and imagines herself (Sweet Pea) going home to her own "paradise."
This phenomenon is known as "Dark Side Of The Sucker Punch".
Similar to The Wizard of Oz (1939) in "Dark Side Of The Rainbow"."

Not that I have tried it for myself, but there seems to be a lot of opinions on the net saying that it does.
Brian Ferry's song 'Love is the Drug' is also covered on the 'Sucker Punch' soundtrack and Brian has done a cover of Tim Buckley's 'Song to the Siren', as well.
Something in the Air About Emily?
Sucker Punch Vs. Inception Suckerception Side by Side