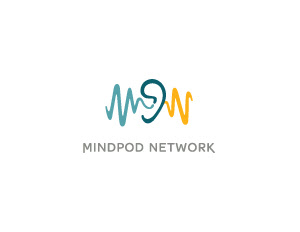 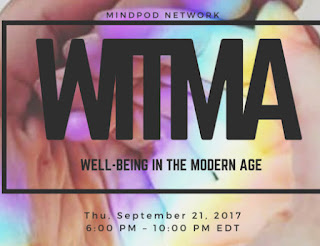 I kept hearing about a WITMA event coming up on the 21st of September, 2017 in New York, but I didn't know that WITMA stood for 'Well-being In The Modern Age' though.

I can't stand the thought of what I think of as "Well-being" festivals and would probably not bother going to one to be honest.
SYNCHRONICITY #104 – COMEDY, CREATIVITY + SPIRITUALITY | WELL-BEING IN THE MODERN AGE
From what I have heard of the pod-casters I listen to over at the Mind-pod Network I think they should have been a bit more ambiguous as to what this "festival" was all about, like -

WTF(...estival) is Going on Hear?
Get it?
Most of these people are pod-casters at this "festival", so a title like "WTF is Going on Hear?"
would be ambiguous, relate to pod-casting shows and hosts and peak potential festival goers curiosity without seeming all preachy.
It would offer no more than a chance to come and listen and hear what these pod-casters have to say.
Just a thought Noah and if you like that idea, it's all yours for nothing, as I like what you are trying to do in this world.
Just a suggestion, as they say on the  'TAO OF COMEDY' intro;-)
And that 4 hour You Tube above is really worth a watch once you get past the opening 20 minutes or so of the meditation intro.

I personally thought no one could watch a four hour video in one sitting, but like one of those books that you just can't put down, I sat and watched the last 3 and a half hours pretty much non-stop.
Having grown up watching 'The Flintstones' on TV I just can't get into the name WITMA, as it sounds too much like WILMA to me.