Who said Google search wasn't a real source of synchronicity?

When I was looking for crow images for my post on The Crow;
The Crow: Examining the Dark Side of Life
I stumbled across a painting by Marina Petro titled Twenty-Three.
(UPDATE: 25/7/14. Twenty-Three seems to have been given the title
The Bluebird Of Happiness since I wrote this post)
I was almost struck dumb when I saw it.
Apart from being named Twenty-Three (my birth-date), it had so many figures, colours and themes running through my life, that I wouldn't know where to start.
It was like she had painted memories onto the canvas from inside my head.
For instance, here are two of my favourite art pieces that I love dearly.
A green owl I bought from a Mexican art-ware shop in Brisbane
(no longer open) and a Portuguese rooster I bought online from a shop in Sydney.
These stand on a bench in my dining room.
Notice the rooster has a heart on it's chest, but in the painting, the green owl has a heart on it's chest.
The owl in the painting also incorporates a heart in the face which to me is also like an arrow pointing to the heart in the chest of the owl.
Which I take as meaning that while it is important to use the mind to unlock the intuition of the heart, the heart is the more important organ
(or rather intuition is more important than logic...but you still need logic) of the two. 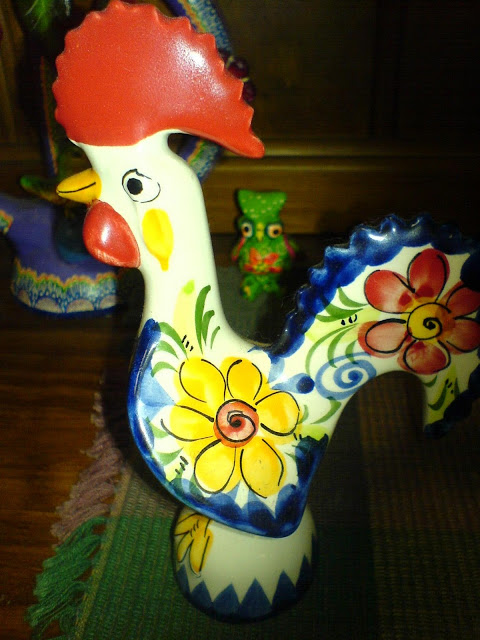 The rooster also reminds me of Abraxas,
Which is also the name of my favourite bookshop.
Which I have only just found out is closing it's doors after
17 years :- ( 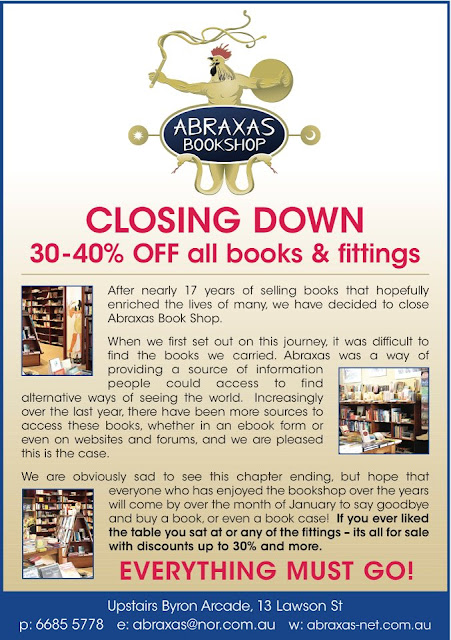 And the flower on the owl's back looks a bit like an hibiscus flower to me.
Hibiscus Sync
There are so many other things about this painting that speaks to me personally, like the rainbow serpent of Aboriginal Dreamtime, goldfish, dragonflies, space, turtles, sun imagery and on and on.
I love this painting on so many levels that words couldn't do it justice.
Out of all the paintings in Marina Petro's number series, 23 is the only one that really speaks to me.
What a coincidence?
Posted by Brizdaz (Darren) at 1/04/2012 08:59:00 AM

Wow. I was born on the 23rd and have a Portuguese rooster with a red heart - which I bought in Portugal. You certainly have some interesting, detailed synchros!

The word verification was 'coven' !