The Hour of Decision ... My Thoughts About 'The Twelfth Insight' 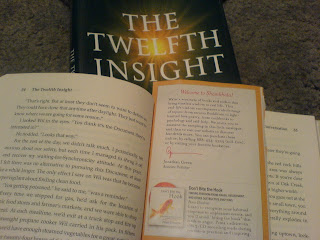 "Whilst I feel James Redfield's heart is in the right place, and the insights aren't too bad, I'm afraid the story-line is.
I have to agree with reviewer Jane "Jane" when she says;
"While the insights in the book are useful, the story line is just too contrived for this reader's taste.
How much better if, rather than explaining each insight along with a manufactured snippet of story, the author would have delved into a great story and let the reader assimilate the insights."
I've just listened to a Tim Freke CD called Lucid Living, which more, or less parallels Redfield's insights, but in my mind does a much better job.
That is a CD that I would highly recommend listening to.
Whether you enjoyed reading The Twelfth Insight, or not.
I like James and what he's trying to achieve in the world.
I just wish that I could endorse his stories, as well."
In my post in March called The Twelfth Insight?
I said,
"...when I was holding this book it felt like an old familiar nostalgic memory of my past, and a thought ran through my head like ‘yes, that was the best book that he ever wrote.
That was way better than the The Celestine Prophecy.
That was the book that really put him into the spotlight’.
The only problem was I had not read another book by Redfield … and I’m reluctant to…to tell the truth.
This book memory/deja vu is really starting to bug me, because I nearly bought it (to read again, because I thought I enjoyed it last time … but I have not read it, obviously).
I just can’t believe this is a new book, because it felt so familiar to me.
My right brain is saying you have to get it now/my left brain is saying don’t waste your money or time, fool."


Looking back now, I would have to say that both my left and right brain were correct (I was going to say right, but I didn't want to offend my left brain by saying it was right;-)
In a way it was a waste of time and money (I couldn't honestly tell people that this was a good book, although there are some good ideas scattered throughout it, for sure), but at the same time, I still think it was a good decision to get the book when I did, because it led me to other experiences (quite a lot really), which I would not have experienced without first having read this book.
One sync I had while reading The Twelfth Insight was that I was using a page from the Shambhala book publisher's catalogue as a bookmark (see photo, above) and in the last chapter, one character asks,"Did you have any luck finding the people who had released this Document originally?" and the answer turns out to be the "Shambhala people".
This book below, which I mentioned in an update in that same post, was printed by the Shambhala book publisher's 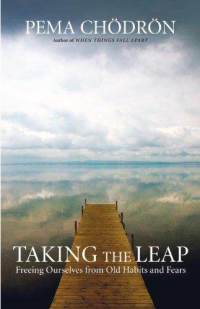 ... and could just prove to be the insight that I was looking for ... or am I just leaping to the wrong conclusion?

But my conclusion on The Twelfth Insight  is that it still feels like an old familiar nostalgic memory to me, and I still think it was important for me to read it for some reason, but I found it a slog and can't say whether it is better, or worse than
The Celestine Prophecy, but it certainly wasn't way better than it.
And if it does put James into the spotlight it won't be because of a great suspenseful story-line.
It will be because of the ideas ... or at least some of them that are embedded in the book.
My honest advice would be that if you wanted to read it, try to borrow a copy from your library, I don't really think it's worth the money paying for a brand new book.
There are better books on synchronicity in the bookshops to put your money to than The Twelfth Insight.
Some suggestions of books to read, that I found quite good, or enjoyable, I've pictured below.
Not to say that my reading choices are the duck's guts either;-) 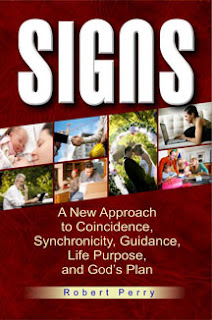 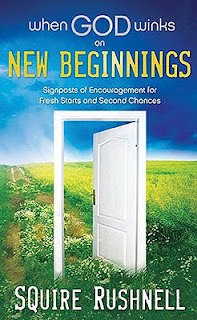 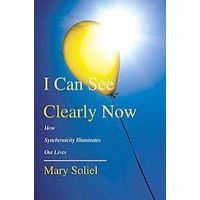 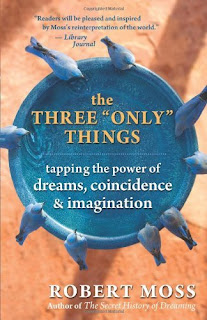 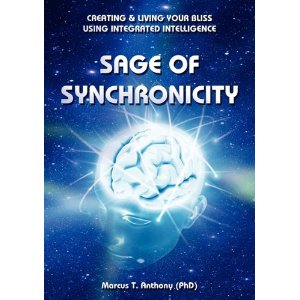