Speaking of Six Degrees of Separation (see post below) reminds me of 1998 when I attended the Brisbane Writers Festival, to see and hear an author who's book I was reading at the time, only to run into, hear, see, and talk to, a writer who would become one of the biggest selling authors in the world today. 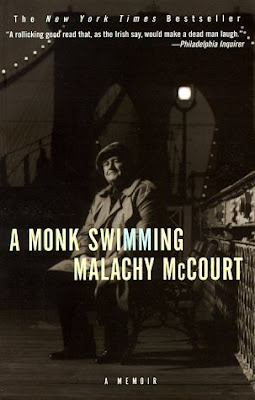 The book that I was reading at the time was A Monk Swimming
by Malachy McCourt.
I had just finished reading his brother Frank's book
Angela's Ashes. 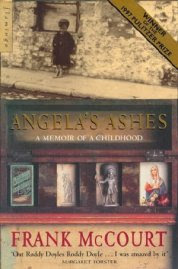 A story based on their true life upbringing, in very trying circumstances, in Ireland, which was later made into a major motion picture.
A Monk Swimming was Malchy's autobiography about his adventures (or misadventures) around the world, in his later life.
I had heard that he was going to appear at the
Brisbane Writers Festival with a group of other author's,
who were each going to deliver a talk about their current books.
If my memory serves me correct, there would have only been about, anywhere from 20-40 people in attendance that day.
It didn't seem like a lot of people to me, and it had the feeling of a casual group of friends, just meeting to honor a few other select friends, and hear them talk about their literary endeavors and life, up to that point in time.
I thoroughly enjoyed Malachy's talk and we even got to sing 'Happy Birthday' to him, even though it wasn't his birthday for about another two weeks (September 20th ... 3 days before mine;- )

There was another author there that day, who gave a talk about his latest book called I Sat Down by the River Piedra and Wept, which I  later bought, took home and read.

I didn't like it too much, and didn't bother to read another one of his books for years to come ... because of my experience of reading that one.
But I did get to chat with him that day, and was shown his butterfly tattoo on his forearm, and the story behind it.
I knew he had some success with a previous novel called
The Alchemist, but because of the first experience with his book
I Sat Down by the River Piedra and Wept, I wouldn't come around to reading it for another ten years.
And the funny thing was, my seeing and talking to him was a bit like the plot of his novel The Alchemist.
I didn't realize at the time what treasure was hiding in my own backyard.
I may never meet Paulo Coelho again, but the memories of meeting him that day (and Malarcy) will remain forever in my memory ... barring Alzheimer's Disease, that is;-) 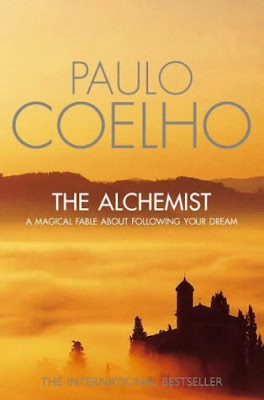 Apart from meeting a real life Alchemist (a man who can turn paper into gold), it is amazing to think how many minds Paulo has influenced all over the world, since that day with his books, talks, and website, etc.
How many people has Paulo come into contact around the world with, either directly or indirectly?
And that's just one author.
Now think of all the singers, actors, authors, painters, directors, religious leaders, etc, that have had some influence on, not just your life, but also the lives of others on this planet, and then we start to see just how tangled our lives really are, and just how much influence one person can have on the lives of others.
Games like "Six Degrees of Separation" and
"Six Degrees of  Kevin Bacon" are fun to play, but more importantly, it gives you some idea of just how much influence we have in each other's lives, when we meet with another person, even for just the briefest of time.
So, it's really mind-boggling to think just how much of a mark each individual makes on the mass consciousness of the world, isn't it?
Maybe that's the point of a movie like Forest Gump? 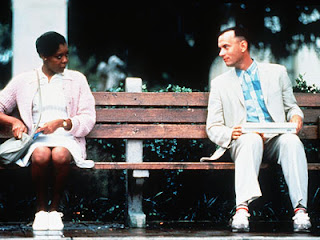 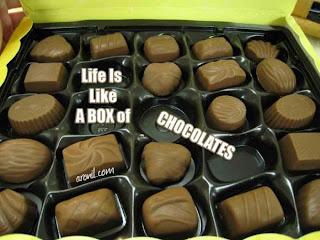 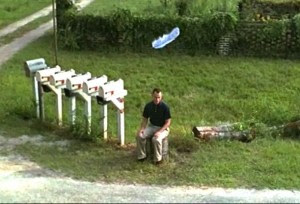 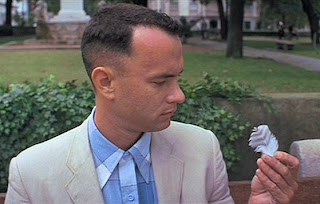