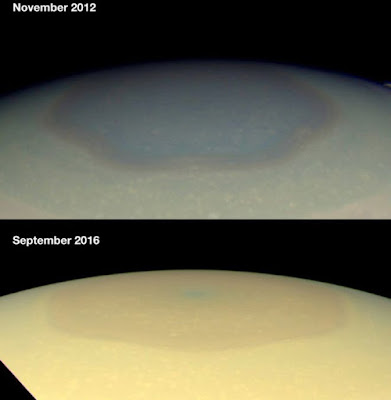 This has been one weird 24 hour period for me.
24 World Pieces into One Peace? "The mysterious hexagon at Saturn's northern pole has changed colour from blue to gold, scientists have said.
The hexagon is essentially a rotating cloud pattern; its shape may originate as the result of large differences in the speeds of Saturn's winds.
The observation was made by Nasa's Cassini spacecraft, which has been exploring the sixth planet since 2004.
The change in colour is thought to be the result of seasonal changes on the planet.
In particular, the amount of sunlight falling on the poles affects the production of suspended particles - aerosols - in the atmosphere.
Scientists think the shift from a bluish colour to a golden one may be due to more aerosols being produced through reactions involving sunlight and the atmosphere.
This could be happening as the planet's north pole reaches its summer solstice in May 2017.
Cassini was despatched to Saturn in 1997, to better understand the processes operating on Saturn and perhaps other giant planets.
Using computer simulations, scientists have shown that small perturbations in winds flowing around the north pole can form a hexagon shape rotating at speeds close to those of the real one." 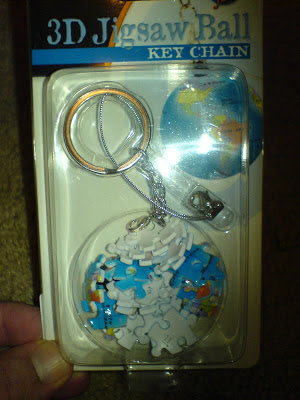 Also that Dreamworld accident has rattled me, as I knew nothing about it until after I had written and posted my world jig-saw puzzle story.
Plus I used to take my kids on this ride on visits to this park when they were younger and to think something like that accident yesterday on that ride could have happened is chilling.
I think Jake is right about the universe communicating to us.
Posted by Brizdaz (Darren) at 10/26/2016 08:39:00 AM

Figures that Saturn would do this!