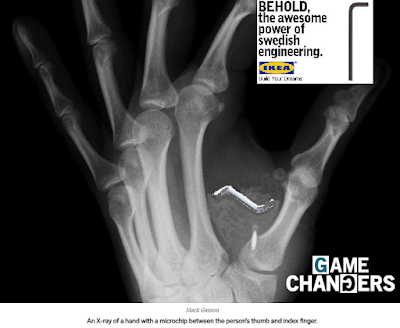 Thousands of people in Sweden are embedding microchips under their skin to replace ID cards
"Some 3,000 Swedish people have inserted a microchip into their bodies to make their daily lives easier.

People with the implants can, for instance, wave their hand near a machine to unlock their office or gym, rather than taking out a key card.
So-called “biohacking” is on the rise as more people depend on wearable technology and interconnected devices." 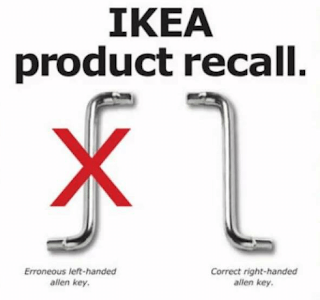 I don't know about you, but having a chip embedded in my wrist sounds as good an idea as a surfing holiday to Sweden in mid-winter.
I hope they come in suppository form as well, so the makers of these chips will be able to insert them where I think they should;-)
Posted by Brizdaz (Darren) at 6/05/2018 01:11:00 AM