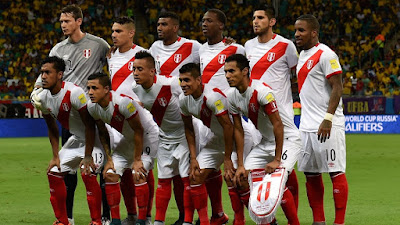 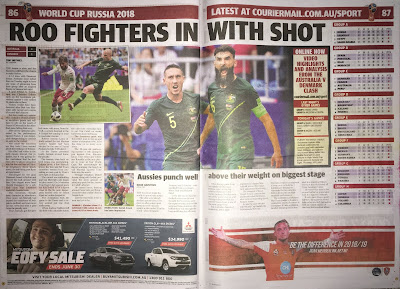 Could this be an omen from Australia's capital city, Canberra for our Socceroos in Russia?
'Soccer-roo' disrupts local Canberra match, makes social media splash
"An interruption by a real-life 'soccer-roo' halted a local match in Canberra this weekend for more than half an hour, with commentators saying the animal even sent "a good quality pass".
The large eastern grey kangaroo first hopped onto the field during half time in the game between the Belconnen United Blue Devils and the Canberra Football Club on Saturday."

After the Australian born Princess Mary of Denmark getting the result she was probably hoping for with Australia drawing 1 -1 with Denmark (another red and white coloured team), Australia will go through to the final 16 if France beat Denmark and Australia beat Peru tomorrow (which will be a midnight kickoff Australia time).
I thought Mary might have been Queen Mary by now when I wrote this post last December -
(Queen) Mary Christmas and a Surprise in the New Year? 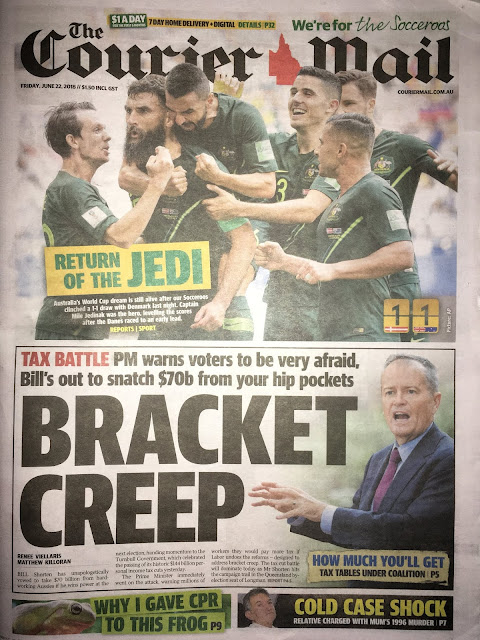 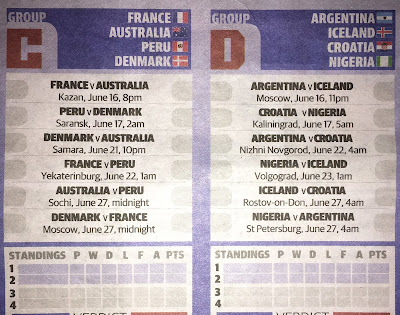 The possibility also exists that Australia could face off against Croatia, if results go the Australian's way tomorrow. 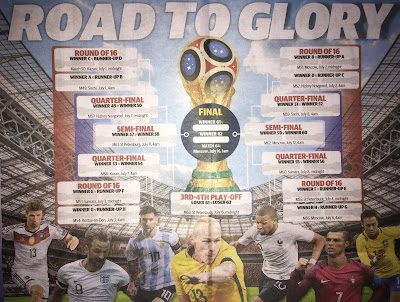 So maybe the kangaroo is telling us that the Socceroos will be playing Croatia in the final 16 of the World Cup...
or telling us that they could have been playing Croatia if they didn't play like such a bunch of girls?-)
I'm hoping for a black swan event that will see Denmark heading home after their match.
Fingers crossed...and sorry Princess Mary. 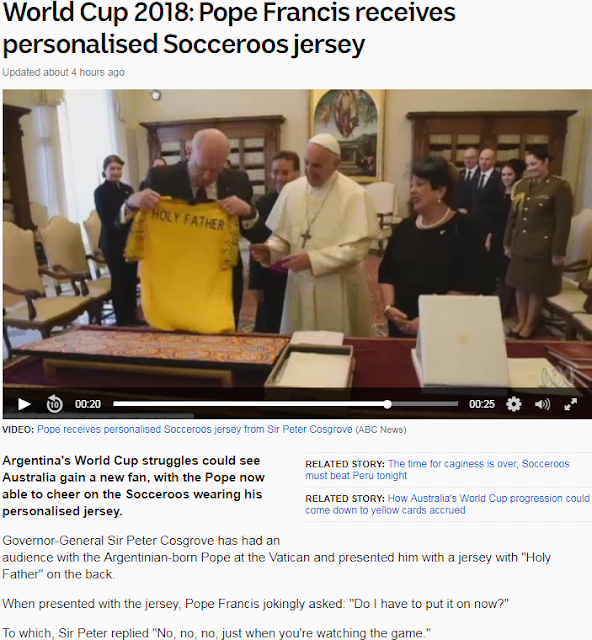 And while Mary might(?) be cheering for the Danes, it looks like the Empire will be with us;-)
Pope Francis receives personalised Socceroos jersey
Let the holy goals roll for the Roos against Peru, I say...pray even. 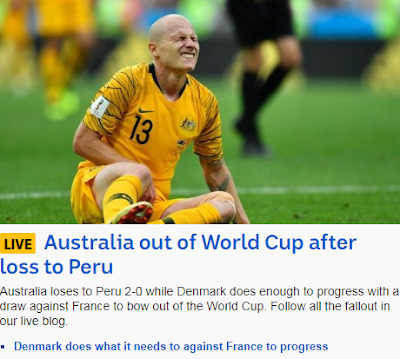