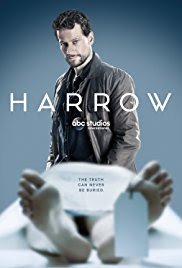 ABC's sleeper hit Harrow has been green lit for another season

"Shot in Queensland the series has been a hit with ABC viewers with strong numbers on air and on iView."
I don't watch many Australian TV dramas, because I find most aren't worth watching, but I did catch the first season of 'Harrow' on iView and I will be watching season two, too...when it comes out.
The main thing that annoyed me while watching the show was the police badges on the Queensland Police uniforms, because they are nothing like the real Queensland Police badge which has a Maltese cross and not an upside down five pointed star like the state police of Victoria.

Maybe by season two the 'Harrow' cops will be wearing badges on their uniforms more like the Queensland ones than the Victorian ones?
I also wrote a post mentioning the 'Harrow' TV show back in April -
Oceans of Insight?

If they are still going to use Victorian police badges in series two then maybe they should rename Dr.Harrow's boat
'The Lady of St.Kilda', as well?

The Lady of St Kilda, Sofia Sin and the Cockatoo Spirit? 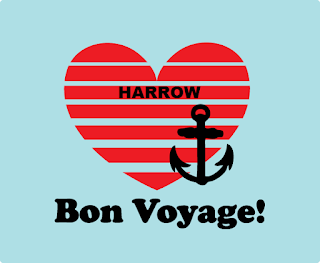