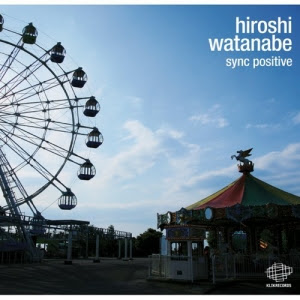 I came across this album cover on the net the other day, and it appealed to me on a few levels.

The first was the word sync, because as you can see by looking around this blog, synchronicity is what I mainly write about here.
The second...well, I guess I really saw them simultaneously...was the Ferris wheel, which as you can see from my sidebar relates to my blog in a big way as well.

I had never heard of Hiroshi Watanabe before stumbling across the image on the album cover.
It's like a soft techno beat, which isn't bad when reading or working on the computer, but I don't think it grabs me that much that I'll want to buy the album.
But who knows, it might grow on me?
One thing that I would like to ask him is how do you sync positive?
I can see how you could think positive, but I can't see how you would sync positive.
To me sync is neither negative or positive, it's just sync, and like life, you have to learn to take the good with the bad.
Of course no one wants the bad...but that's life.
Or maybe I'm just not thinking positive enough here?-) 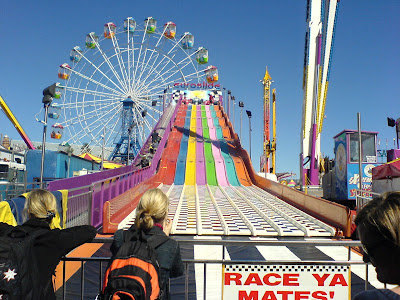 " Happy new year everybody!
I'm gonna make this an ambitious year, after all if you don't get a singularity you might as well become one!
I'm gonna learn to read music notes so I'm not just fiddling with my guitar and piano anymore, gonna step up my Japanese, continue my power training and replace this belly with a moderate six pack, meditate twice daily no matter how weird things get and experiment with consciousness as much as in my peak periods, quit mary jane for good
(already at a couple of months with that),
finally finally trying this damn book I want to, and much more!
Make it a good year everyone!

Oh forgot to mention, I dreamt I met Jon Stewart last night.
Not that I'm a huge fan or something I don't even watch the daily show anymore but he's ok in my book.
But anyway instead of what I'd usually
(appreciate the sighting but otherwise ignore it)
do I went up to him, said hi and asked for a picture, he said ok but I'm in a hurry so we had to do it on an escalator lol,
I asked this woman to do it, and because one of the buttons of my button-fly was open she called me a pervert and refused, lmao!
Jon was long gone.
What's funny is yesterday I did a simple one card tarot reading and I got the
Temperance card.
I won't share about what exactly, would be too long to explain, but it's indirectly related.
"Sagittarius is a sign of optimism, philosophy, and taking risks.
This card urges the querent to have faith that they can merge fiery red and watery blue into otherworldly violet.
But they will need to experiment, have confidence, and try, try, again."
Haha, so next time I see "Jon Stewart" I'll try again and hopefully have better luck lol!   "
The race is on ;-)
Posted by Brizdaz (Darren) at 1/02/2013 08:45:00 AM

Good question about sync positive. If you get an answer, let me know!