I watched the 1970 movie 'Tropic of Cancer' last night to see how they could make an interesting movie out of Henry Miller's sewer-ride through the Miller mind of a book and found out they couldn't.
Without having read the book to know what's going on in the movie I doubt it would make much sense.
To get in the mood of Miller's story I even drunk a bottle of Pommery Champane while watching 'Tropic of Cancer' that my son gave me for helping him move house, that his real-estate agent gave him on settlement of his new apartment.
To be honest, I prefer our cheap Aussie $10 bottles of sparkling wine to a lot of the French Champagnes.
But like Henry, I'll take a free drink whenever I get the chance:-) 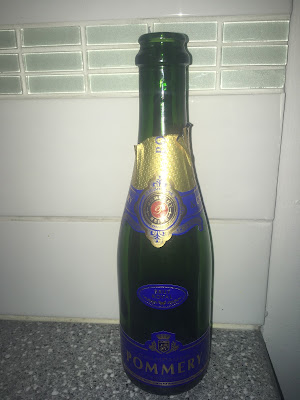 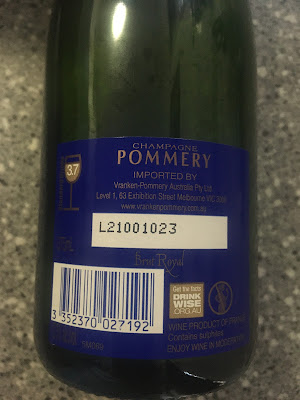 1001 Books I Must Read Before I Die ... Including the Banned Ones?📚📖🚫
According to the movie's IMDB trivia page and Robert Evans' biography, "The Kid Stays in the Picture", this film was made as the result of a bet between Evans and Henry Miller in which Miller won.
Along with the English-language Danish film Quiet Days in Clichy (1970), it was the first film to contain the word "c#nt" in its dialogue.
So, I guess Joseph Strick just wanted to test out the censors, as the book had done before the movie?
"Strick had previously adapted other controversial works of literature – Jean Genet's The Balcony and James Joyce's Ulysses. Though the book came out in 1934, the film is set in the late 1960s when Paris, while little changed visually, was a very different place. Filming took place on location in Paris, produced by Joseph Strick with some help from the author, whose persona was portrayed by Rip Torn and his wife Mona by Ellen Burstyn. The novel had provided a test for American laws on pornography and the film was rated X in the United States, which was later changed to an NC-17 rating in 1992." 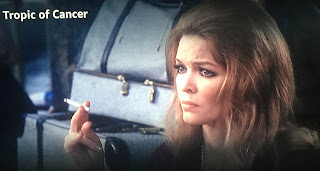 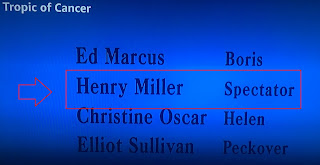 I was surprised to see Ellen Burstyn playing Miller's movie wife Mona (named June in real life), but not even having her name on the end credits of the film.
You may know Ellen better as the mother from 'The Exorcist' movies?
Ellen must like starring in movies that use the C word ... and I don't mean Cancer;-)
'The Exorcist' turns 50 years old in 2023, while Ellen turns 90 in December 2022, and stars in an Exorcist prequel re-boot said to be coming out in 2023. 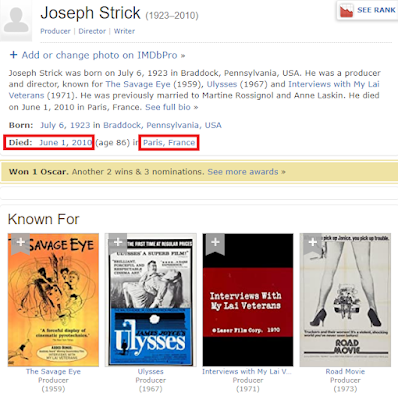 I find it ironic that Ellen played Miller's film wife Mona, who in real life was named June, and Joseph Strick the director and screen writer of the movie 'Tropic of Cancer' dies on the 1st of June, 2010, in Paris, while Miller himself died in June, as did Magali Noël.
I didn't hear anything said about Jews in the movie of Miller's book, thank G#d:-)
The Millers, Ancestry and Searching for Identity?🧬
Proof of $piritual Phenomena with Mona?🎭💰💸🤑
Posted by Brizdaz (Darren) at 10/20/2022 01:42:00 PM