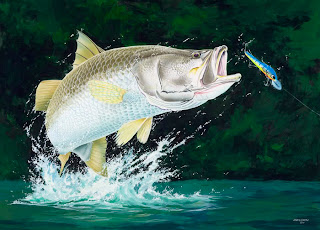 According to the Animal Dreaming book Barramundi is an Aboriginal word from the Rockhampton area that literally means 'large scales'.
Most Barramundi mature as males, but change to female after their first spawn.

This means that most adult Barrmundi are probably female, according to the Animal Dreaming book.
In the above clip there is a giant clam, which according to
Animal Dreaming stands for inhibition.
"Giant calm dares us to face our fears by affording us courage and stamina.
It helps us rid ourselves of inhibition so that we may open up.
It encourages freedom of speech, emotional expression and the sharing of ideas and constructive criticism. 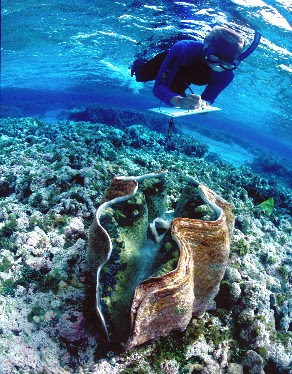 It shows a calling for males to honour their whole, balanced selves, instead of focusing solely on their more dominant male aspect.
Barrmundi demonstrates clearly the differing modern impression of how a man should look and act by comparing it to the expected norm of generations past. 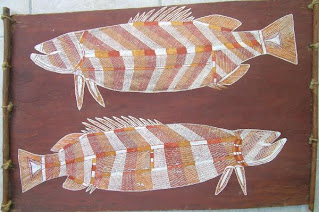 While defending what it means to be a full-blooded male, it acknowledges the sacredness of intrinsically knowing both the masculine and feminine aspects of self." 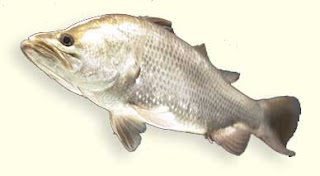 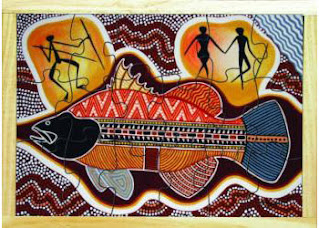