"Kelly Carlin is an incredibly talented writer and performer, yet her name is always attached to that of her comedy legend father, George Carlin.
While she admits to her fair share of rebellion and chaos, she now uses the relationship between her and her parents as a way to showcase her talent.
Her one-woman show, A Carlin Home Companion, features stories about growing up with a legend and finding her own voice along the way.
She always hosts The Kelly Carlin Show podcast on SiriusXM radio where she interview comedians, and she also hosts a podcast called
Waking from the American Dream where she features much of her original material and interviews notable people.
She does it all, I tell you.
Visit www.kellycarlinsite.com for more information on this renaissance woman."
Kelly Carlin: Writer, Performer, oh, and Daughter of George Carlin 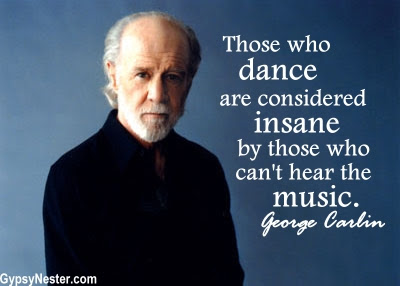 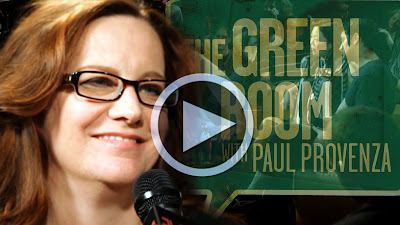 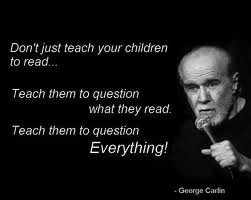 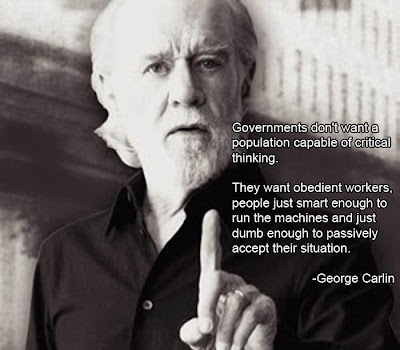 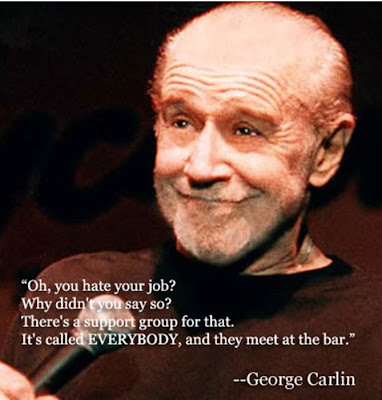 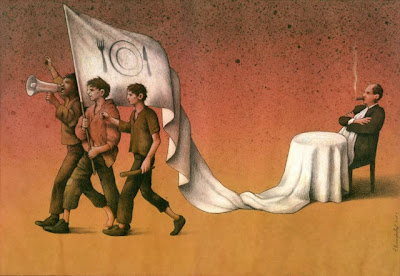 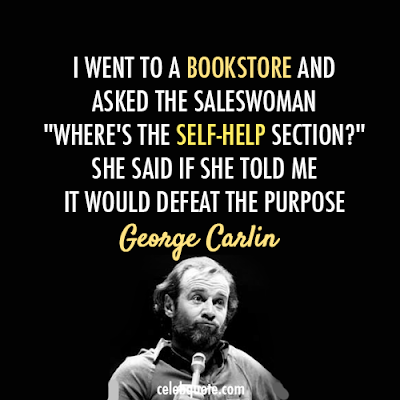 I see in one of the meme w/ george on it, it contains the erroneous bastardized version of his famous rant against the owners of the the country, the rich and powerful people and corporations. The bastardized meme contained here replaces these owners with 'government', which is opposite of what Carlin was getting at. here is some more on this.

my comment
At the risk of providing advertising for a lie propagated by an evil entity, the Heartland Institute, it does provide the occasion to repeat one of Carlin's best rants (embedded in the article here), done as an almost summation swan song not too far from his death and expressing George's trademark colorful - if profanity laced- but very clear and honest language.

Carlin's original rant was against everything that the Heartland Institute stands for, but the Institute replaced in a meme Carlin's "owners of america - the few rich and powerful people and corporations" with "government". Carlin does refer to government in the rant, but he relegates government ('politicians' ) to mere tools of these same "owners".

He nails the problem and he clearly draws the line of blame for this landscape to 30 yrs ago (that is the beginning of laissez faire deregulated , small govt, reagan style governance - in short, everything that the Heartland Institute promotes).

The recent study (1) by Princeton and NU that found that America is not a democracy, but an oligarchy ruled by those same owners Carlin talked about completely supports Carlin's rant. Also supporting his thesis is the new book by Thomas Piketty , "Capital in the 21st century'. (2)

SPOT.ON. GEORGE. big minds keep giving to the world, even after death.