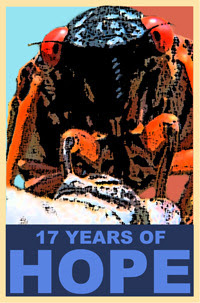 Reading about cicadas I was astonished that they live underground for 17 years before they come out, discard their old shells and get their wings.
The above necklace would make a good 17th birthday present for a young lady about to spread her wings?
Looks like a snappy present you might say, after watching the above video?-) 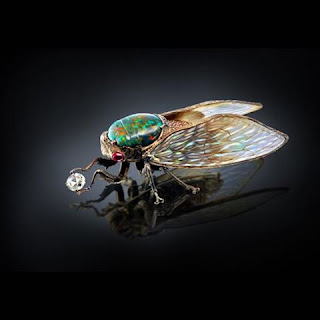 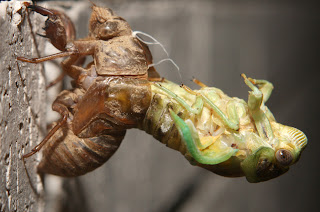 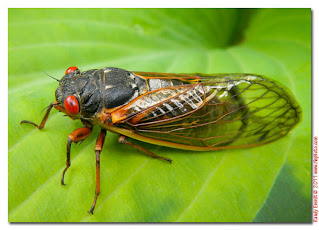 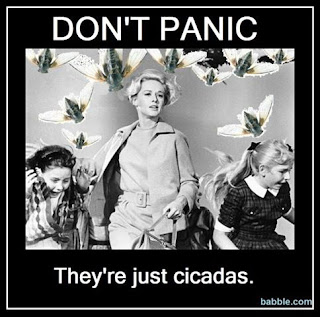 Cicada, according to Animal Dreaming, comes as a wake up call;
a chance to surrender all fear, release all burdens and pains from our past and look forward to a prosperous future.
It embodies the harmony found between Yin and Yang; the balance between dreaming, conception and action and the necessary shift from depression to clarity, restraint to freedom and weakness to strength.
The above pinata would be good for a seventeen year-old's birthday bash, I think;-)
Bit of a sync also with all of the Animal footage I've been uploading from David Attenborough TV shows about animals this week was this news story about him -

" World-renowned natural historian and broadcaster Sir David Attenborough has been forced to cancel his Australian tour to undergo emergency heart surgery.
The 87-year-old Briton will have a pacemaker inserted during surgery in London on Tuesday (local time).
As a result, Sir David's sell-out tour of Australia, which had been due to begin in Brisbane next week, has been cancelled.
Tour organiser Simon Baggs has released a statement saying Sir David hopes the live Life On Earth shows can be rescheduled."
Sir David Attenborough cancels Australian tour to undergo emergency heart surgery