Barrier to Grief and Reefer Madness? 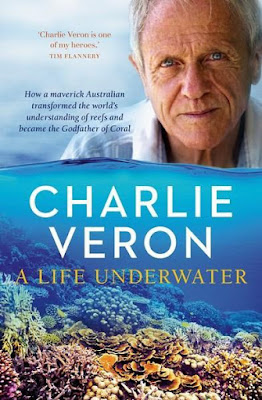 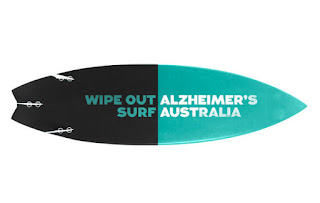 When I was down at the Byron Writer's Festival this year I got to hear a man named Charlie Veron speak on the panel of a talk titled 'Grief: Does It Ever Never End?', which was about various forms of grief we all encounter in our lives and how we cope with it.
'Godfather of coral' warns of Great Barrier Reef 'mass extinction' 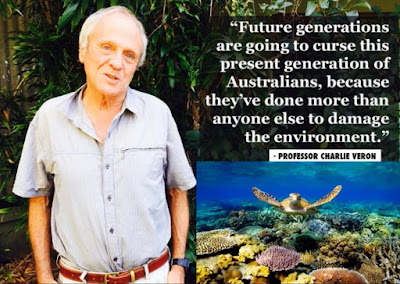 To my embarrassment I had never heard of Charlie Veron before in my life and I have lived in Queensland (the state of Australia the Great Barrier Reef is off the coast of) most of my 50 years plus.
Places That Will Change Your Life 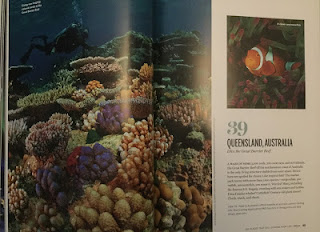 I have never been to see the reef in my life and I have no desire to visit it in what is left of my life...or the reef's life, but from all the pictures I have seen of it in TV shows, movies, magazines and the internet it looks magnificent.
But it looks like Nemo is going to be a lot harder to find pretty soon. 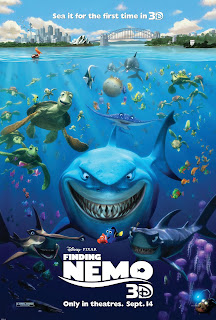 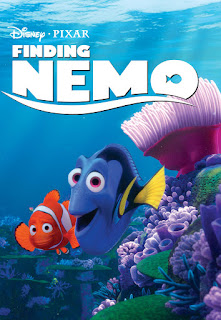 I watched my father die of Alzheimer's disease and tried to remember when I noticed him first getting obvious symptoms of the disease before it became so obvious that he had to go into full time care in a nursing home.
The thing is I still can't pin point the onset of my father's disease, which is a worry for me, because I have half of his genes and I want to know the signs well before they take hold in my life.
Watching the reef die (on TV) will be a bit like watching my father die I guess, seeing only fragments of the whole until it is all gone and knowing there is nothing you can do to stop it from happening now. 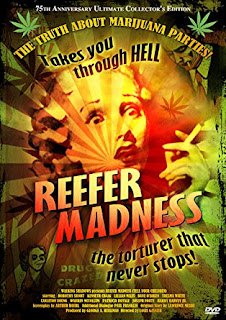 It's kind of ironic that I heard about the death of the
Great Barrier Reef in Byron Bay, the weed capital of Oz.
But as Charlie says the reefs are only the
canaries in the coal mine (which is ironic that the government want to build a coal mine near the reef) and that the worst is yet to come.
But there is still plenty of sand on the Queensland coastline to stick our heads in I guess.

Ironically also, as I was writing this post I saw someone had come to visit my blog through another blog called 'My Temple of Nature' and there was a post called 'Life'.
Probably worth a read as a reminder to make the most of life while we have it, as you never know what you had until it's gone.
Glen Campbell, Galveston and Hurricane Harvey 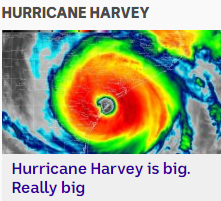 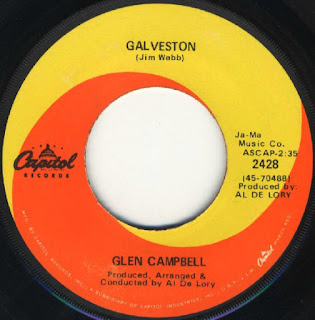 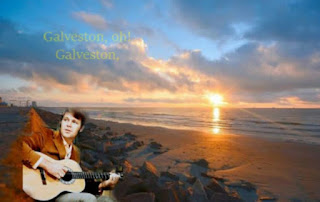 Tropical Storm Harvey: Houston braces for even more flooding, officials forced to open dams
"National Weather Service officials were predicting the water could rise to 18 metres, in what has been described as an "800-year flood level"."
Posted by Brizdaz (Darren) at 8/29/2017 09:20:00 AM