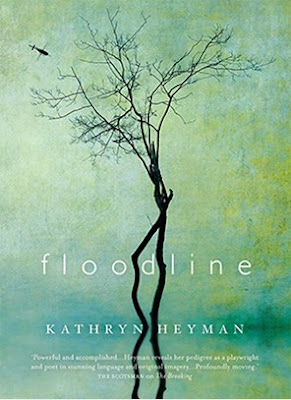 I just finished reading a book I bought at the 2014
Byron Bay Writer's Festival and had signed by the author
Kathryn Heyman after seeing a talk she took part in at the festival titled 'Straw Into Gold: Can Writing Be Taught?' 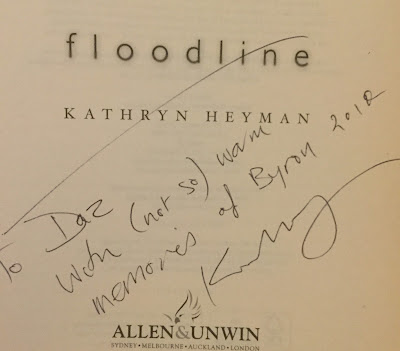 Kathryn signed my book with the date 2012
(end of the world?-), but the book's publishing date is 2013, so I knew I must have had it signed after that "end of the world" date of 2012.
I remember how wet and miserable it was on that Sunday afternoon in 2014 and it was probably amazing that it didn't flood on the day with all the rain that was about.
I went and saw Robyn Davidson's talk after this talk and if you take a look at the pictures in that post you'll see what the rain was like on the day -
Crossing Paths With the "Camel Lady" at the BBWF

I've had Kathryn's book the top of my chest of drawers with about 20, or so other books I've bought at the BBWF over the years and haven't read yet.
But since 'Floodline' caught my eye as the floods from
Cyclone Debbie started causing havoc in the Byron Bay/Brisbane area, I thought now was the time to read Kathryn's book.
Kathryn's novel is more like a long parable in a way about
self-righteousness on all sides of the coin, not just the Fundamental Christian point of view, but also from the atheist/materialist point of view.
Kathryn Heyman on writing Floodline

From a mystical point of view I like the idea of water being the central focus in the novel, because all living beings on the planet need water to survive, but too much will drown us.
We use water to bless and baptize with faith, but without faith we begin to drown in our sorrows and doubt, so a flood is a great metaphor for a lack of faith, or over-blown faith in the in what other humans want you to believe, that is not necessarily true. 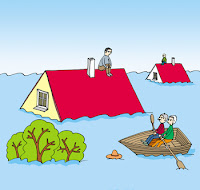 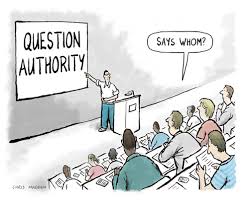 I liked the ideas in the novel more than the story itself, as it's not the sort of novel I would read for fun, it felt like walking through river-mud to me and I had to slog through the book, more than cruise through it.
I liked the book as a meditation on the growing threat of floods and cyclones playing more of a devastating role in our future lives as the climate heats up through man-made meddling or natural cycles...or both.
Either way, we are in for a climatic ride in the near future it seems, so it might pay to think about what we would do if our neighbourhood was hit, or we found ourselves in a similar situation to the characters faced in the novel.
In other words I guess I'm saying is what would Jesus...or you do in their situation?
There has been some real heart-breaking stories in the recent floods and devastation caused by Cyclone Debbie in the states of Queensland, New South Wales and beyond and it's sometimes hard to wonder what life is all about when you read news stories like the one above.
NSW floods: Locals say road where mum Stephanie King and children died was not closed

Unfortunately, it won't be the last we see of stories like this from now on.
All we can do is hope for the best and prepare for the worst and be grateful for everyday above water...real or metaphorically. 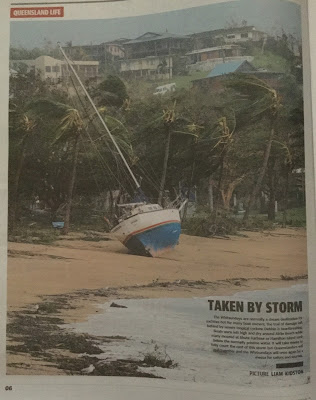 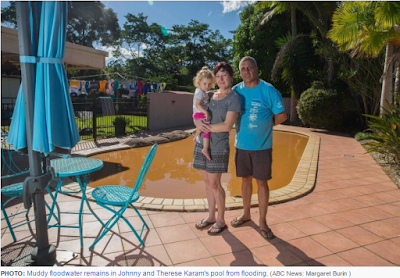