No Dark Bloody Mofo for Me This Year 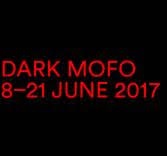 I saw this story on the ABC news website this afternoon about an "art performance" that appears to be nothing but bloody offal sick bullsh*t to me...and I am a meat-eater.
WARNING: THIS STORY CONTAINS GRAPHIC CONTENT -
Dark Mofo's 'bloody, sacrificial ritual' blasted by animal rights group

"The three-hour '150 Action' show, directed by 78-year-old Hermann Nitsch, is described as "a bloody, sacrificial ritual performed by the patriarch of Viennese Actionism, his devoted disciples and an orchestra" and is set to take place in June as part of the Dark Mofo festival, produced by Hobart's Museum of Old and New Art (MONA)."
I love MONA and the Dark Mofo winter festival, but I'm not swallowing this crap for art.
I had a good time in Hobart last year at Dark Mofo, but I won't support this sick old mofo's "art".
Dark Mofo Winter Feast 2016
This is a thin bloody red line that I won't be crossing.
See ya in 2018 David, maybe?

MONA's David Walsh defends 'slaughter' art show, says public outrage good for business, Tas economy
"Walsh, 56, took to social media after a public backlash over the use of the animal widened, with an Animal Liberation Tasmania online petition against the event garnering almost 14,500 signatures."
And one of those signatures is mine.
Sorry David, but this bullshit isn't art in my opinion.

UPDATE: April 20th a few hours after the last update

MONA founder David Walsh apologises for Auschwitz comments over 'slaughter' art
"In the blog post about the three-hour performance published on Wednesday, Walsh said: "I didn't build Mona to serve the sort of creepy f***s that go to Auschwitz (over a million of them a year), but given Mona's much-vaunted sex and death theme (I wish I'd never said that) the level of morbid interest would be vast.

I might well end up in the cell next to [Port Arthur shooter] Martin Bryant.""
WTF?
I can't believe you actually wrote that David, you should have kept going and shoved your foot further down your throat by writing about the "creepy f***s" that go to Gallipoli on ANZAC Day to honour and pay their respects to the dead and see the shit really hit your fan.
I'm starting to think that you are just a bloody idiot.
Posted by Brizdaz (Darren) at 4/19/2017 05:38:00 PM