The Longreach of Synchronicity 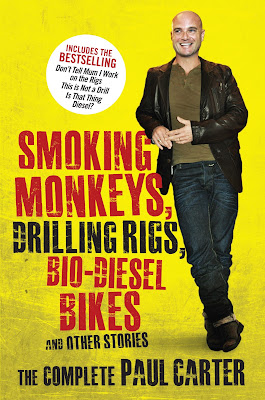 I was reading Paul Carter's book
'Smoking Monkeys, Drilling Rigs, Bio-Diesel Bikes and Other Stories' and I was up to the bio-diesel part of the book where Paul was riding a bio-diesel bike around Australia and he got to Grafton in NSW and was told that his wife's cousin Don Walker came from Grafton and wrote the Cold Chisel song 'Flame Trees', which was based on the trees around the town of Grafton.
I wrote a post about my visit to Grafton last year at this link -
Frieda Hughes and the Shamanic Spirit of Art

I also wrote about the 'Flame Trees' song in this post -
A Day on the Green under the White?
Paul also wrote about passing the Big Prawn in Ballina, "'The Big Prawn', he said. Yup, there it was Ballina's pride and joy, looking a bit run down and scary...the Prawn looked like a dirty alien and certainly didn't make me feel like diving into a plate of prawns." 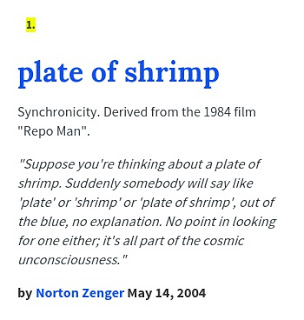 Why Would You Want to Throw a Shrimp/Prawn on the Barbie?

Paul then writes about heading out of Longreach in outback Queensland and coming off his bike and nearly breaking his spine and having to recover in the Longreach hospital.
When he left Longreach high on painkillers like morphine he writes of meeting some European backpackers in the middle of nowhere at a crossroad and one of the backpackers happened to have a copy of one of Paul's books and asked him to sign it for him.
What are the odds of that happening?
Not long after I read of Paul's Longreach adventure I saw this news article below about Longreach.

I also caught a pod-cast from 2015 where Paul was interviewed about his adventures and he talked about his first book getting turned into a movie, but they hadn't cast an actor to play Paul in the movie.
Part 2 - Held Hosatge In Nigeria - Paul Carter - Driller Adventurer And Author 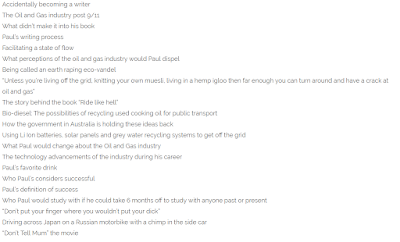 UPDATE: June 24th, 2019
Here is a poster and trailer for that movie below. 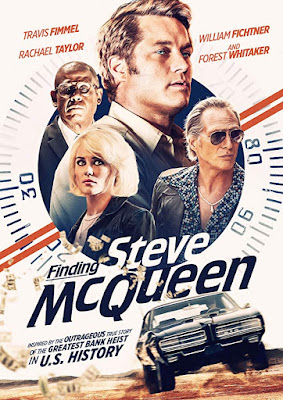 End of update and back to the old post. 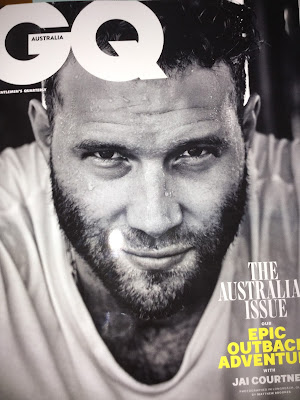 Oddly enough, I had subscribed to GQ magazine last year to get a free travel bag for my road-trip and the last magazine of my subscription came in the mail the other day and on the front cover was Australian actor Jai Courtney and inside was his photo-shoot all shot at Longreach. 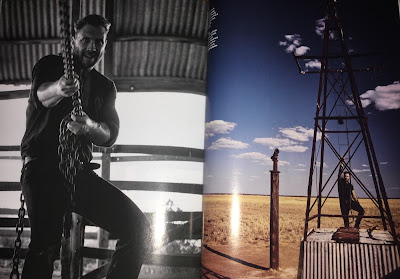 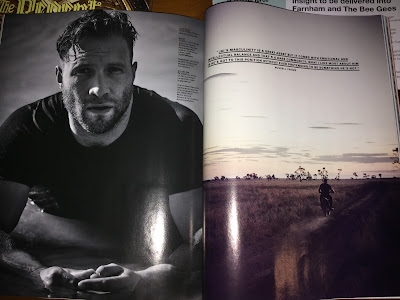 I thought Jai would probably make a good Paul if he could pull off Paul's Pommy accent.

Just imagine Jai with his hair shaved off. 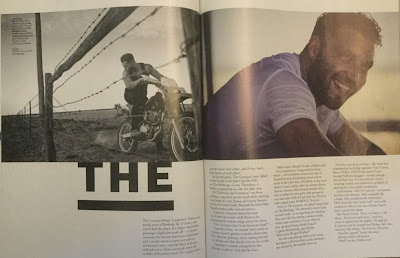 In the magazine interview Jai said that he didn't care about the money when it comes to being in a film, it's the project and whether he likes the script that counts.
So there you go Paul, money is no object according to Jai. 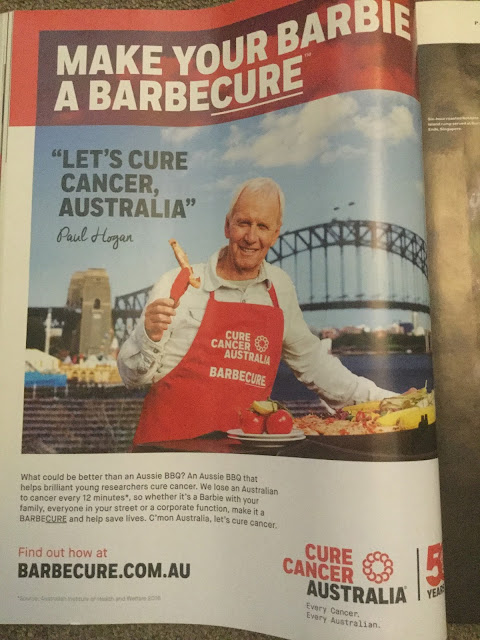 Also in the same magazine as Jai's Longreach shoot is the
Paul Hogan ad with him holding a prawn/shrimp over the Barbie. 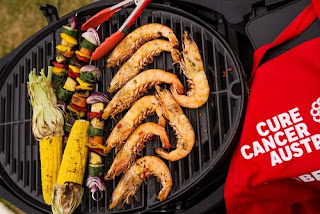 Synchronicity perhaps?
Paul Carter: When Taoism and Synchronicity Collide
Maybe you could get Jai to do a 'Is That Thing Diesel' comedy follow up film, as well, if the first one is a success?
Looks like he can ride a bike.
Maybe a LONG REACH, but who knows?-)
Posted by Brizdaz (Darren) at 4/04/2017 09:41:00 PM