I Think They Found the Shark That Mick Battered? 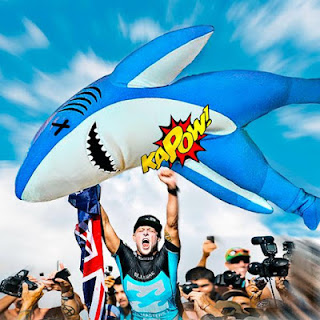 I just wrote a post about Mick Fanning punching that shark up in South Africa around a week ago -
Mick Fanning was Born the Day George Walsh Died?

And now I see in the Australian national news a story about a battered shark, which has me wondering if this is the shark that crossed paths with Mick in South Africa?-)

In Australian fish & chip shops we call battered shark "flake":-)
I used to eat "flake" a fair bit until I found out it was high in mercury, which can really f#ck up my brain (what's that, too late you say?-).
To be honest, while I'm a Cronulla-Sutherland Sharks supporter, I hate real life sharks, and I couldn't care less if they became extinct, as I'm sure the planet will survive without them:-)
And I was stunned to see that this hypocritical SBS journalist who ordered "flake" in Hobart (the place from which I bought
fish & chips myself from when I was in Tassie in 2016 .. but not "flake")   suspecting it was an endangered species ... and actually eating it on camera(!) when I was looking to pinch a photo of "flake" from the .www grilling a worker over the coals who cares about real life sharks as much as I do I suspect:-)
Mate, you are are way bigger dick than me ... and that is quite big let me try to tell you, who may need no convincing on my part:-) 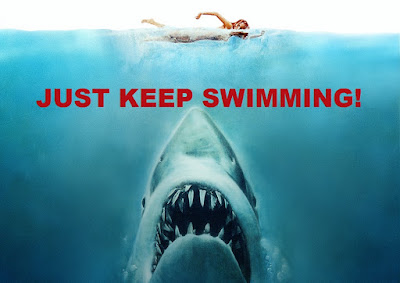 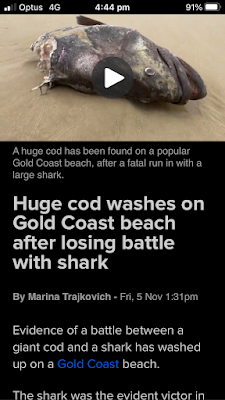