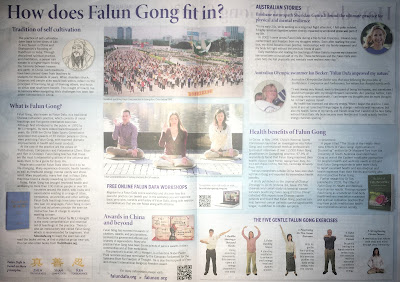 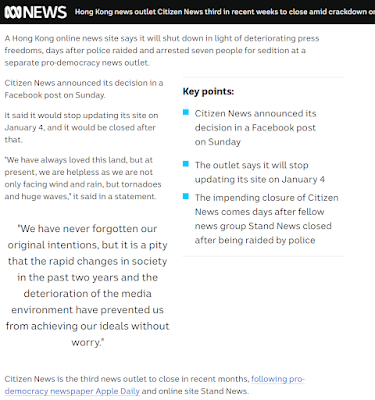 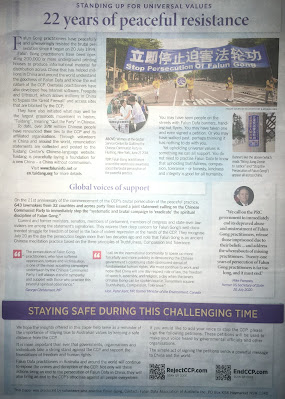 I found a colour newspaper from a Chinese religious movement in my junk mail just before Christmas explaining Falun Gong to me and just how evil and cultish the Chinese Government is/or becoming, as if you would have to explain that
Orwellian government to me.
But what about the leaders behind the FG movement? 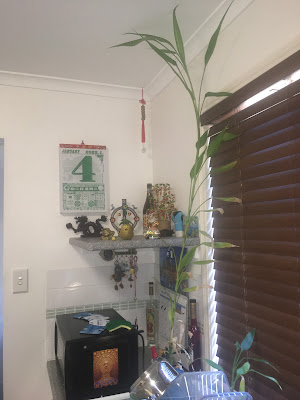 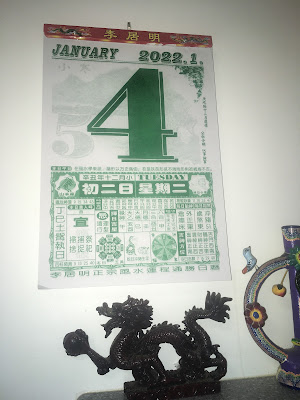 I love Chinese culture, traditional Buddhism and Taoism practices, but I would have to say that after reading the Wikipedia page about Falun Gong they do seem rather cultish, like another American cult with an impossible mission who will remain nameless, since they have a reputation of going after their critics when the can,
hey Tom?-)
What comes to my mind when I think of the CCP is '1984' and when I think of the FG movement I can't help thinking 'Brave New World':-) 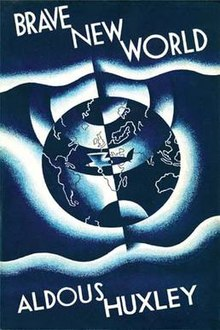 And with my family background I can't say that I find too much comfort in the official emblem, even though I'm well aware it doesn't carry the same meaning as the infamous reversed symbol. 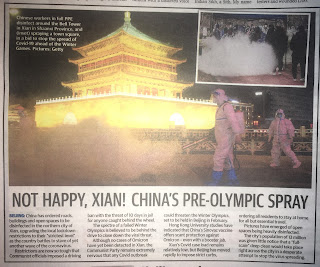 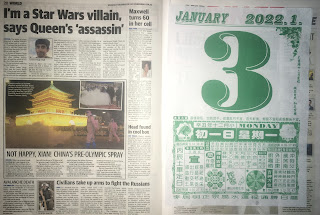 And this year I could only get a newspaper  page sized Chinese wall calendar from my usual shops around Brisbane who get them shipped from Hong Kong, between Covid and the CCP causing havoc in HK.
Might be a message there for me in 2022?
Posted by Brizdaz (Darren) at 1/04/2022 03:00:00 PM