I laughed when I saw this newspaper story below about a new "Vitamin Beer" by the brewery who brought us Corona ... the beer, not the disease, that is:-) 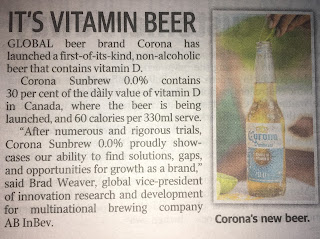 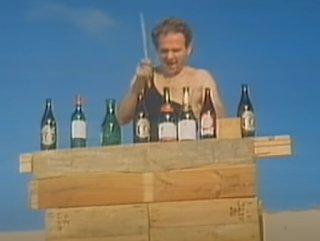 It's a 0% beer (if that makes any sense) loaded with Vitamin D and aimed at the Canadian market according to that newspaper story.
I couldn't see that beer taking off in Australia, where unless you are living 24/7 in a dark bedroom Vitamin D is plentiful in the best form ... sunshine.
And with most Aussies eating Vegemite so often I would think most of the Vitamin B group ain't a problem, either. 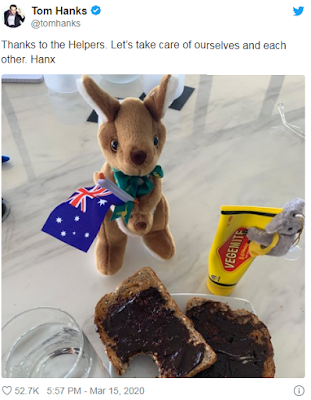 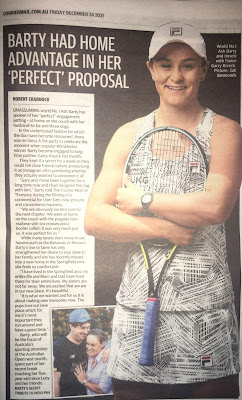 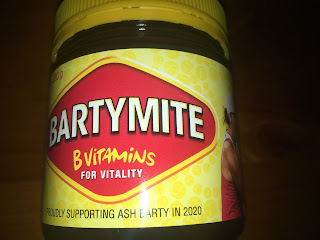 Ash loves Vegemite, but I doubt very much NoVax likes it:-) 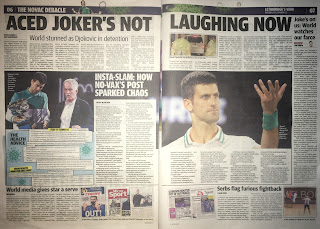 And as much as I love having a beer, I wouldn't kid myself that I'm doing my body any long-term favours by drinking it.
As Good as Gold: Beer Prices to Spike as Climate Heats Up, Scientists Warn? 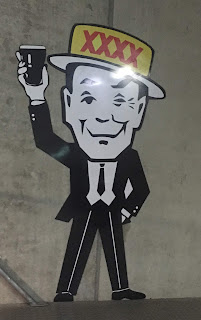 And not being a big XXXX drinker when it comes to my choice of beers, even though I am a Queenslander by birth, I was surprised when after New Years when I decided to wash out an empty bottle of XXXX Gold to keep on my kitchen bench-top to keep my
Golden Guitar letter opener in, and place next to my empty Vegemite jar holding my pens which I use to mark my calendar with, just how close the labels on both bottles are in colour and design:-)
Normally I drink XXXX Gold if I'm out at a restaurant or bar and I'm driving (because it is a good tasting mid-strength beer), not around the home (where I usually drink heavier alcoholic beers), so I've never seen a Vegemite jar next to a XXXX Gold bottle until now.
Countdown to 2022? 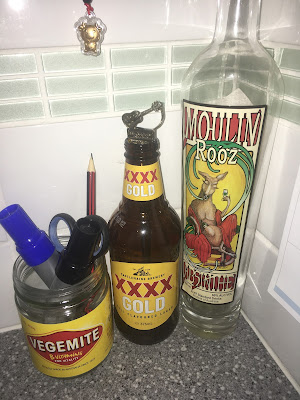