The Whole World is a Joke Right Now Run by Clowns it Seems? 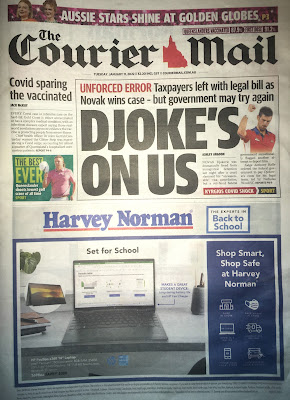 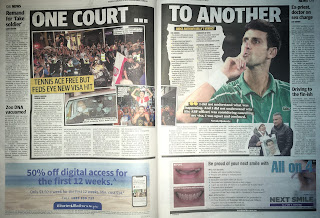 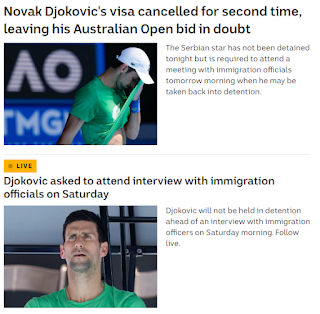 GO THE FED!!!
That's Roger Federer by the way, not the Australian federal government who are just as big of a joke as the joker who they are booting out of the country.
But it is about time they did it and stopped clowning around with Novax.
The whole world seems to be run by a bunch of clowns right now, Putin, Pooh in China, ScoMo here (but still less funnier than letting Albo take the wheel of Oz), Sleepy Joe in the USA (still better than that clown Trump I think ... but only just), Boris J in the UK, half of the Royal Family (UK), that dickhead in North Korea ... and fill in the blanks with most of the "world leaders" in power right now I reckon.
Where's the Batman when you need him?
Oh yeah, apparently it was a bat that started this whole mess and not a weaponized virus from a Chinese lab, right Pooh?-)
Notice a Joke in the "Suicide Squad" Trailer?
Posted by Brizdaz (Darren) at 1/14/2022 10:46:00 PM