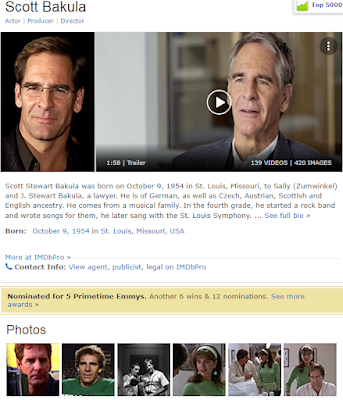 I must admit that I didn't really know who Scott Bakula was until I re-watched an old Jake Kotze synch video yesterday which Jake made 6 years ago, called 'Time:God' where Scott's acting roles in various shows are featured quite a bit in that over an hour long film of Jake's, which is really worth a watch if you have the TIME:-)
Time God: Jake Kotze I knew Scott was the guy out of the 'Quantum Leap' TV show and in one of the many 'Star Trek' TV shows, all of which I have never wanted to watch, as I'm not a fan of 'Star Trek' or time travel shows in general, as to me time travel is a physical impossibility which might be nice to contemplate as a mind game and make for some mind-bending story telling for TV and film plots, but to me is just a general waste of time thinking about:-)
Out of all the shows listed on Scott's IMDB page I think I have only watched him in the movies 'Source Code' and 'American Beauty'?
Whilst Scott's face was familiar to me, his name wasn't and it was only while watching Jake's synch film and seeing Scott's name come up that I remembered seeing the name on Bob Saget's podcast list, so I went back to Bob's site and listened to that podcast episode yesterday after watching Jake's synch video, and I have to say that it was a real eerie listen from the vantage point of late
January, 2022 on many levels for me.
Bob Saget's Here For You ... Not? 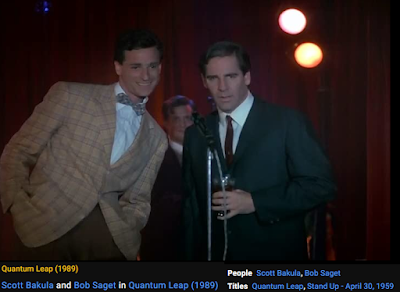 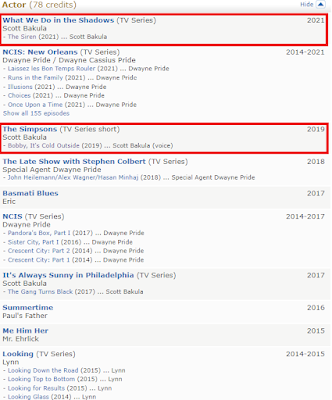 I'm sure my old ship mate Chris Knowles over at 'The Secret Sun' blog would find the last acting role of Scott's before that passing of Dean and Bob rather apt?-)
Coffee and the Siren's SongScott does mention life imitating art in that podcast episode, too:-)/:-(
Ronnie Spector - You Can't Put Your Arms Around a Memory?
Posted by Brizdaz (Darren) at 1/18/2022 10:56:00 AM