Song to the Siren/Chase the Blues Away?

I just wrote a post about the weirdness surrounding Tim Buckley's 'Song to the Siren' -
A Tragic Love Story/Song That Had Buckley's Chance From the Get Go?
and then I see this news story today - 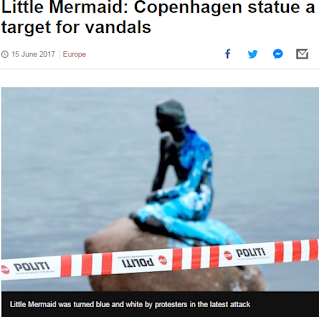 Copenhagen awoke to the news that the Little Mermaid - the Danish capital's most famous statue - had been covered in blue and white paint
"It is an ignominious look for the elegant statue, which has gazed wistfully across the water for more than a century.
But it is also not the worst thing that has happened to the mermaid in its history. In fact, it's not even the first time she has been vandalised in the last month.
The Little Mermaid has been decapitated (twice), had her arm sawn off and been blown up.
And, to add insult to injury, she has even found herself
banned from Facebook for breaching its nudity guidelines.
So how did one of the world's most iconic statues become a focus for vandalism and protest?" 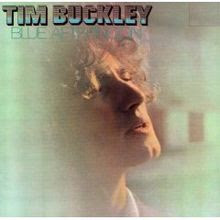 Blue Afternoon, released in 1969, was Tim Buckley's first self-produced record.
"She was modeled after the ballerina Ellen Price who appeared in a ballet inspired by Hans Christian Andersen’s 1837 fairy tale
“The Little Mermaid.”
Eriksen was commissioned to create the life-size bronze beauty in 1909 by local dignitary Carl Jacobsen (of Carlsberg beer fame).
The work was completed in 1913." 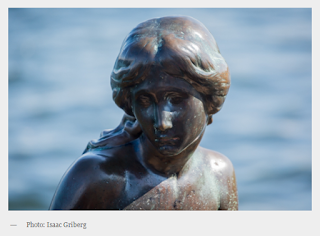 "As I train my long lens on her face I can’t help noticing the sadness that the sculptor has captured.
Maybe because the story that inspired the sculpture is sad.
Well, more than sad; it is tragic.
There is even academic debate about how the story ends.
Like many celebrities, she has been copied many times.
She also travels: in 2010, she went for five months to the Shanghai World Expo.
But celebrity is dangerous." 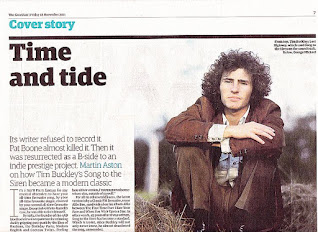 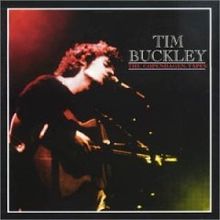 "Copenhagen Tapes is a live album by Tim Buckley.
It was recorded in Copenhagen, Denmark on October 12, 1968 and was broadcast later on Danish radio.
The live performance features songs from Happy Sad, however
"I Don't Need It to Rain" was only recorded in concert (see Live at the Troubadour 1969 for the other circulating take) and no studio version is believed to exist."

The city of Hobart in Tasmania, Australia, which is
Danish Princess Mary's home town, has the 'Siren Song' going along Hobart's skyline from June 8th to June 18th, 2017, oddly enough. 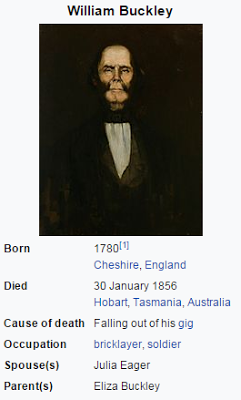 "You've got Buckley's" is a saying that means that you have no chance.
"Buckley's improbable survival is believed by many Australians to be the source of the vernacular phrase "you've got Buckley's or none" (or simply "you've got Buckley's"), which means "no chance", or "it's as good as impossible""
William Buckley (1780 – 30 January 1856) was an English convict who was transported to Australia, escaped, was given up for dead.
His mother's name was Eliza Buckley. 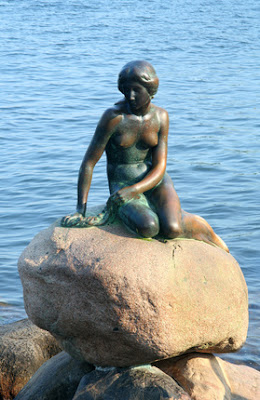 Looks like the Little Mermaid has Buckley's chance of not being vandalized again in the future with massive blue paint attacks like today's;-)
No wonder the siren looks so sad.
I thought it was rather synchromystic that Chris Knowles writes about Jeff Buckley drowning in Wolf River in his post -

"I Always Felt There was a Prophecy of Death in That Song."
and I also see this news story about a wolf pack in Denmark, home to the Little Mermaid -
Denmark gets its first wolf pack in 200 years 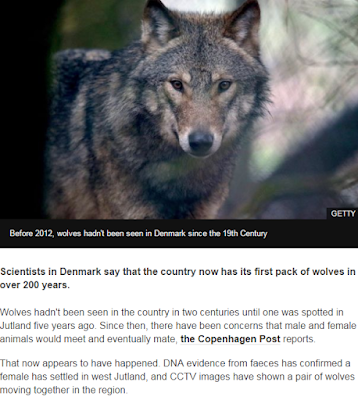 The wolf news story was from May the 4th
(May the forth be with you?-) 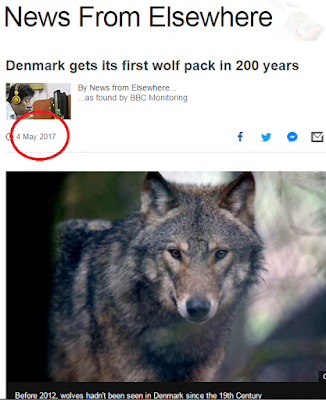