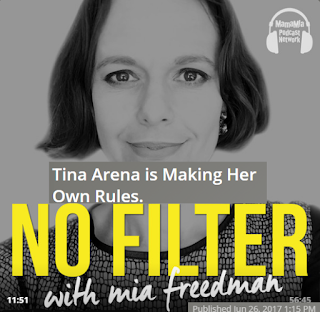 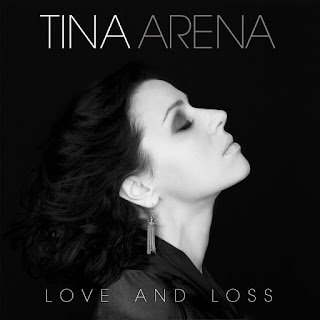 I was listening to this pod-cast yesterday with Tina Arena at Mia Freedman's 'No Filter' podcast site (No Filter?! Come on Mia, you bleep out all of Tina's F bombs;-) and thought I would post this link/post to the show, as I noticed that I have a lot of French traffic to my blog for some reason and that Tina is big over there, so I've heard.

Tina Arena is Making Her Own Rules
I must admit that I hated the 'Young Talent Time' show when I was growing up, except when I had a crush on Sally Boyden, who is a year younger than me, but I stopped watching after a few months when I felt this wasn't going to pan out with me living in Brisbane and her living in Melbourne ... ah the folly of a young crush.
And while I've never had a crush on Tina Arena I liked her work once she left the show.
She is a national treasure ... maybe two national treasures, if she is big in France.
Anyway, I hope you French readers understand English and aren't just using the translate button on the blog, because the podcast won't translate to into French.
And just a tip for Tina in case she hasn't been reading my previous posts, don't ever sing 'Song to the Siren' by Tim Buckley;-)
Mia has some good pod-casts to listen to over at 'No Filter' by the looks of the list, but being a (now) single white male who doesn't want to do the relationship thing anymore, a lot of the subject matter I personally don't want to listen to.

I notice that Mia sounds like the black dog of depression is nipping at her heals in this latest pod-cast.
I wonder if Mia has considered doing an ayahuasca journey to see if that helps her mood and then maybe reporting on it?
AYAHUASCA: Into The Dark Abyss?
Posted by Brizdaz (Darren) at 6/29/2017 07:46:00 AM