Too Long in This Place? Time to Live/Love

I was listening to a podcast at the 'Too Long in This Place' site, a site I must admit I had crept away from, because it was in my mind becoming too negative.
I know there are some very real conspiracies in this world, but not everything in the world is a sinister conspiracy, I think ... but then again I have some Jewish genes, right?-)
So I could be a shill, hey?
But I noticed there hadn't been a podcast from this site for a while, so when I saw there was a new one I decided to have a listen.
Alex's Kiwi accent when she said the word "love" sounded to my Aussie brain like the word "live", which gave me a eureka moment, because live/love should really be combined, as only people who can live their lives from love really live, I think.

Most people know there are a lot of dark conspiracies in the world ... and there always will be with the way humans tend to operate from a selfish me, me, me standpoint of ignorance.
What has turned me off from a lot of, what I thought were good info sights like 'Red Ice' is the hate creeping in to the point that they themselves are becoming what they don't like in the world.
I used to read Alex's blog 'Too Long in This Place' years ago, but gave up when I could see Alex was only falling into a negative abyss in her depressive thinking about the world.
Yeah, it is a bucket of shit at times, but it isn't total shit.
Even if it does piss us off a lot -
Yellow: The Colour Of Sync? 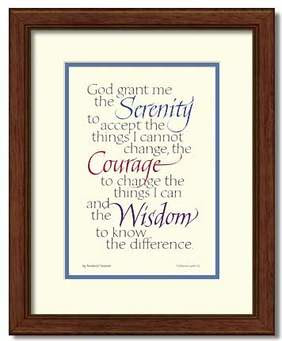 At the end of the day whether you are into conspiracy theories, or alcohol, the prayer pictured above is a good way to Live/Love.
I think this is one of the best podcasts I've heard from Alex in a long while -
the house of neglect (podcast)
At the end of the day, it's our life we have to live/love.
Posted by Brizdaz (Darren) at 6/19/2017 09:10:00 PM