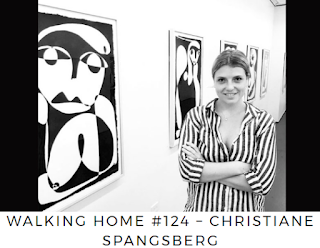 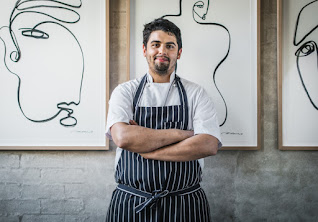 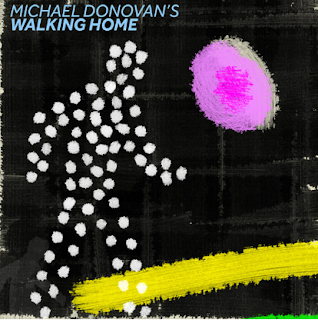 I thought it was interesting that at the start of the podcast Michael Donovan laughs at himself for butchering Chritiane's name and when I Google image searched for Chritiane's art I found a guy dressed like a butcher standing in front of her artwork.
Turns out that photo was about a restaurant in Sydney displaying Chritiane's paintings/drawings -
Welcome to the New Paddington Inn 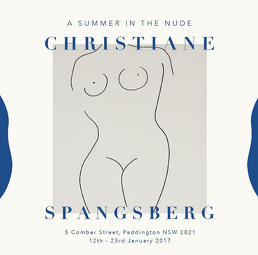 I thought it was coincidental that the Little Mermaid in Denmark got paint bombed recently the podcast came out.

I wrote about that attack on the Little Mermaid in this post -
Song to the Siren/Chase the Blues Away? 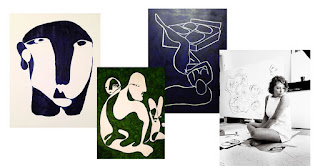 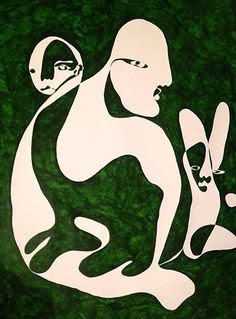 I kind of like this work pictured above, as to my cloud-watching eyes it looks like a guy following a white rabbit ... although I'm probably not even close to the meaning of the painting, but that's the way I'll view it until someone bursts my thought bubble. 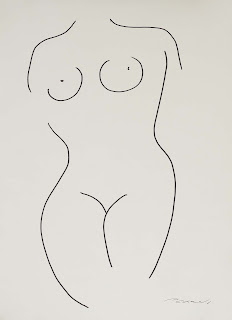 According to my AncestryDNA results 18% of my DNA is Danish/Scandinavian, which I pretty much knew anyway, as my mother's side of the family were from Denmark originally.
Where the 19% Irish genes come from has me beat though. 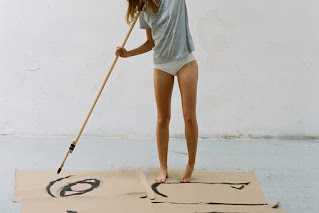 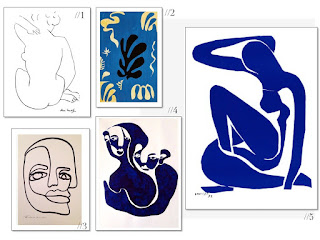 Chritiane's work reminds me a lot of Matisse's work.