Who Was Malachi Martin? 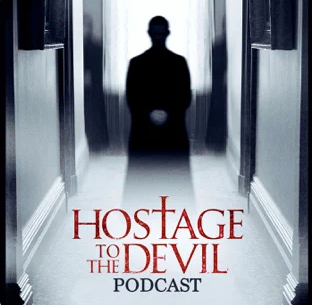 Reading the late Malachi Martin's "factual" novel
'Windswept House' and having never read any other books written by the controversial ex/Catholic priest, and me not being a
Roman Catholic ... or someone who would call themselves a Christian, even though I still am a member of the
Liberal Catholic Church.
I wondered just who Malachi Martin was and just how much he wrote and said may be true?
Windswept House: Jacques Deneuve = Klaus Schwab? 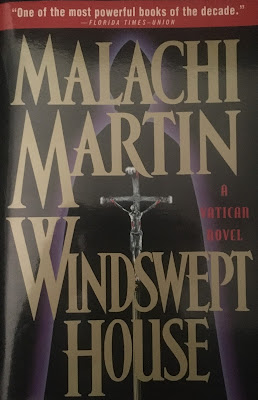 I wouldn't even call myself a religious person, but I am definitely not an atheist, either.
I found a few podcast episodes about the late priest centered around the book he wrote called 'Hostage to the Devil' and while I personally don't believe in the devil I don't doubt that there are
evil spirits as well as good spirits, but I must say that I'm not really a believer in the majority of exorcisms being the result of a possessing spirit being freed from an innocent victim.
I tend to believe most are the result of some mental illness and suggestibility of impressionable souls to the beliefs they have been brought up around while growing up and being raised by other sick family members and "friends". 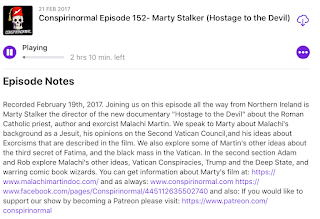 But who knows?
That's just what I tend to believe, just like that is what people like Malachi and people who use to seek him out for healing tend to believe, so I guess only "God" knows the truth when it comes to such things?
I have a soft spot for John Paul II, as in the later part of the 80s when the Pope came out to Australia all I had to do was jump my Catholic neighbor's back fence and walk out into their front yard and stand on the footpath with them to watch the Pope to come down their street in the "Popemoblie" and he waved at me and we briefly locked eyes and my instinct was that he was a good man.
My Nan, who was a Roman Catholic had passed away in '83 and she would have been over the moon to have the experienced what I had that day.
Today John Paul II is an official saint in The Church, so it's even more bizarre for me in hindsight to think that I saw a real life saint during my lifetime and all I had to do was jump my childhood home's back fence to see him come past.
Fatima, Art Bell and the Number 13?
Posted by Brizdaz (Darren) at 4/25/2022 12:58:00 PM