What are the odds of sighting a white flying kangaroo on a property just 15km away from the Qantas Founders Museum?! 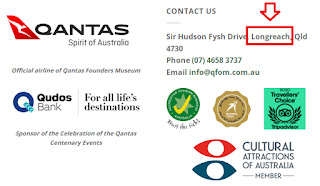 I had only just read the above newspaper article recently about a Brisbane lady visiting the Queensland town of Longreach's
Qantas Founders Museum and thought that could be a fun drive out to a place in my Australian home-state that I have never been to.
And today in the news I see there is a white kangaroo hopping around outside the town the museum is in:-)
I've only flown on a jet plane 3 times in my entire life, twice on
Air New Zealand and once on the now defunct Ansett Airlines, so I have never flown on Qantas.
On a personal synchromystic fact I just discovered today while looking up just when Ansett Airlines folded I saw according to Wikipedia that it was on September 13th, 2001.
It was an Ansett airplane that was the last jet plane I flew on and It's my late father's birthday today and he passed away on September 13th, 2016.
I find it amusing that Air New Zealand commenced operations on the 1st of April, 1965, as that was April Fool's Day:-)
Why Does Everyday Feel Like April Fool's Day Lately? 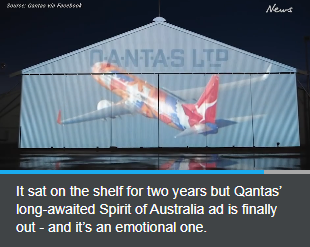