Spending My Event Cinema Card on Everything Everywhere All At Once? 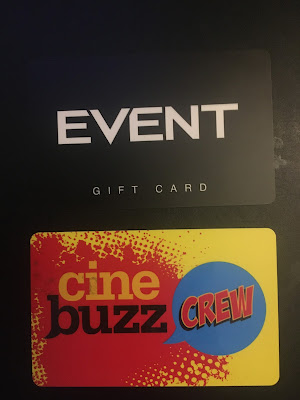 My brother gave me an Event Cinemas gift card to the value of $50 to use, as someone gave it to him as a gift for his birthday and he doesn't like going to the cinema to watch movies.
So I asked my youngest son if he was interested in seeing the movie 'Everything Everywhere All At Once', as I had heard mainly good reviews of the movie and the trailer looked rather interesting to me.
The only negative report about the movie I had read was from my friend Trish in a blog-post she wrote about walking out on it and leaving her partner Rob to finish watching it in the cinema by himself  -
Everything Everywhere All At Once?
My son said he was interested if I was paying and since he was driving us to the cinema I told him to pick the Event cinema and time that suited him, and he said let's go to Coomera again like we did last year when he had a free pass for a movie someone had given him ... and which I wrote a post about here -
A Free Double Pass to Free Guy?It took us a while to work out which movie we had seen the last time we went to the Coomera cinema and had to laugh when we realized it was 'Free Guy' which was a film with a very SIMilar theme to the movie we saw on Monday night.
Byron Baes: Before, During & After Life: The Evolution Of A Human ‘Being’? 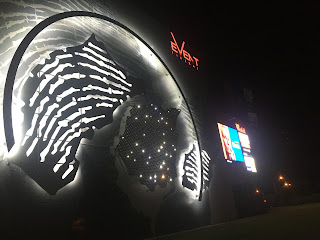 My son suggested we head to Coomera early and have dinner before the movie and he'd pay. 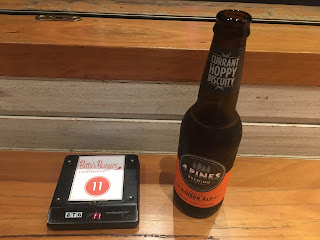 I had suggested we eat at the 'Lone Star' like we had thought about doing last time we were down there, but discovered it had closed down early this year being financial collateral damage from Covid 19.
So we settled on 'Betty's Burgers' where I had a beer, a $14.50 Shroom burger and shared a tub of $7 luke-warm chips with my son. 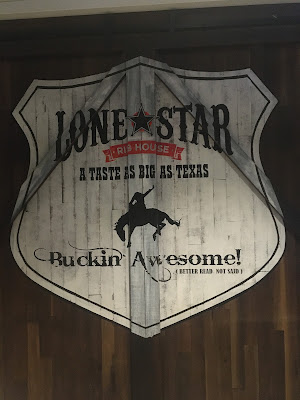 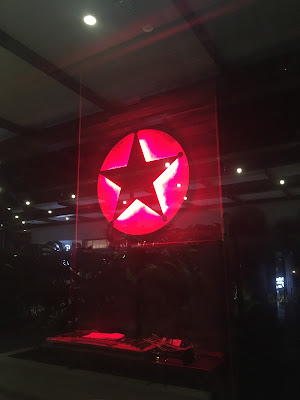 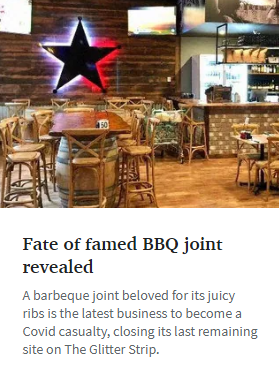 Event Cinemas are a bit of a rip-off compared to other cinema chains around the Brisbane/Gold Coast area and I only see a movie there when someone (usually my brother) gives me an
Event Cinema gift card.
The normal price for an Adult ticket for that Easter Monday night was $21, so I re-joined the Cinebuzz club for free and got the tickets for $12 each (plus a $3 on-line booking fee) which makes it OK compared to the other cinema chains prices, but the candy bar prices are a rip-off, as my son bought a large pop-corn and bottle of water and I bought a packet of Salt & Vinegar chips (that are normally $3 at Cineplex Cinemas) and that all came to just over $19, leaving $3.60 on my $50 gift card.
If I had have bought a day-bed ticket for the session that would have been $44 a ticket 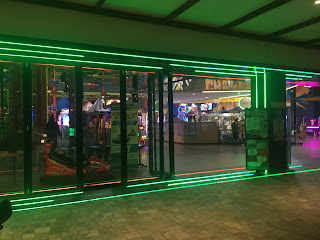 Having just watched 'Squid Game' on Netflix I couldn't help thinking of the show when seeing the big kid's play area just outside the cinema complex:-) 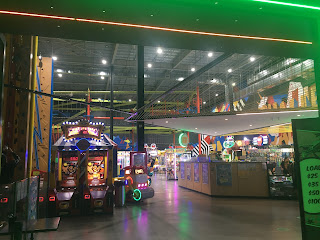 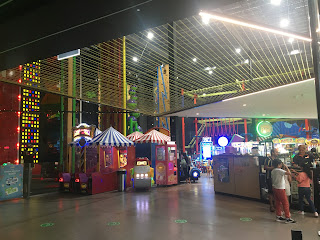 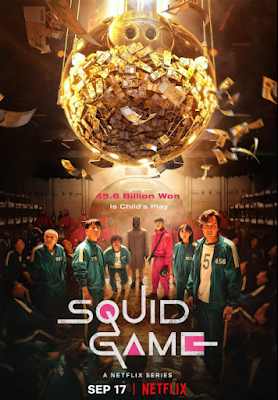 I'm glad my kids have grown up and I don't have any grand-kids yet, because I think I would need that piggy-bank full of cash in that 'Squid Game' poster pictured above to take them on an outing to that play gym and the cinema:-P
All in all I liked 'Everything Everywhere All At Once' and my son said he liked it, but probably wouldn't see it again, so it's luck for me that I have another son who might want to see it.
We won't be seeing it at an Event Cinema though, unless someone gives me another gift card to use.
Posted by Brizdaz (Darren) at 4/20/2022 07:30:00 AM