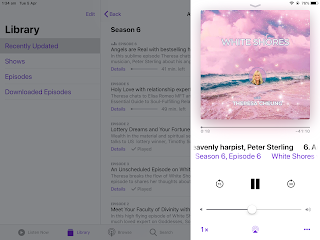 I recently listened to the above podcast where Theresa Cheung chats to premier harpist and #1 bestselling new age musician,
Peter Sterling about his angel visions and inspirational musical career. 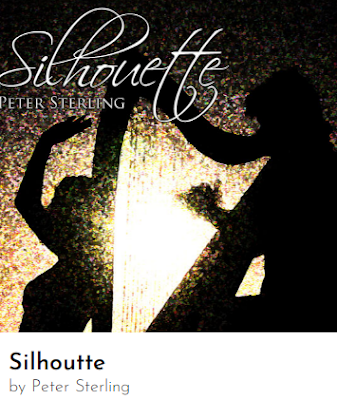 I had not heard of the harpist Peter Sterling before listening to this podcast, the only Peter Sterling I know is the NRL great footy player Peter Sterling, who I have only ever met personally once, and ironically that was in Brisbane during "Magic Round" when I was walking back from a food stand with my son and Pete was walking towards us walking towards us in a t-shirt and shorts as heading towards the commentary box, and all we said to each other was "hi":-)
I wrote about going to "Magic Round" in this old post -
Quirks of Fate and Quarks of Light?
On reflection, life can be funny, as well as musical, yeah?-)
And while I'm not a religious person I do believe in angelic beings, for lack of a better word, not so much the angels in semi-mythological works such as The Bible, but more the friendly guardian angel types working behind the scenes of this world and on the side of "God" for lack of a better word.
Not that I believe in a being like the devil, but you can see enough selfish arsehole humans in the world to know that there are probably selfish nasty evil spirits in the universe also that you have to guard yourself against from being prayed upon, too.
I guess that's why I've always liked the story of the Virgin Mary on some level, even though I'm not a Roman Catholic, I just feel that there is a baby in the bathwater there somewhere on some level for some unconscious reason and like to think of her as one of the ultimate angels, whether in some way real, or just a figment of my imagination.
So it makes me wonder when people like Chris Bledsoe and Peter Sterling (the harpist) talk about seeing angels like cherub like babies flying around in their lives/imagination ... not that I've ever seen those types.
And why is the Vatican so interested in Chris Bledsoe's visions and tales of "The Lady" when like me Chris is not a Roman Catholic?
The Lady/The Fatima Prophecies?
Afraid of Angels & NDE‪s‬ ... and Nothing?
Posted by Brizdaz (Darren) at 4/25/2022 11:21:00 AM