Set the Controls for the Heart of the Sun For Melting Sunsets? 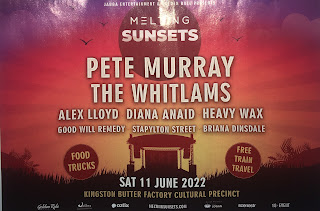 I was sitting at my dining room table yesterday having some lunch while flicking through a local council magazine and saw an advert for what I thought was a free concert called 'Melting Sunsets' put on by the Logan City Council headlining Pete Murray and
The Whitlams. 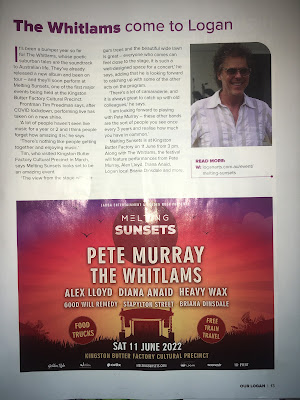 I like their music, so I was wondering if I should go, as I haven't been to a music gig since Before Covid hit.

I was kind of in two minds about going and through the magazine aside thinking that if I'm meant to go then the universe will have to show me a sign.
I then scrolled through my emails seeing that the Byron Theatre had sent me an email about the 40th anniversary screening of
Pink Floyd's 'The Wall' which took place last week, not that I would have gone down for it, as I own it on DVD anyway since they are one of my favorite bands and that is one of my favourite movies from my teenage years. 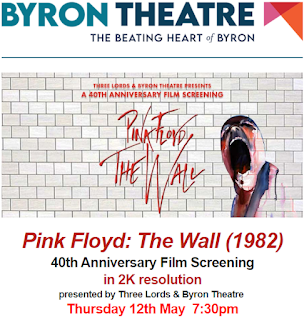 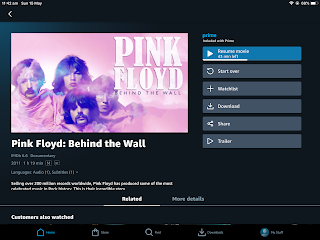 I then brought up the Amazon Prime playlist on my iPad to see what I haven't watched yet and decided to watch
'Pink Floyd: Behind the Wall' as I hadn't watched it.
Just as the movie is starting I look at the 'Melting Sunsets' advert that was laying on the table where I had tossed it and thought to myself should I go?
And then I hear the very first line of the Behind the Wall show, which was "Pete Murray, I'll always remember Pete Murray" and then they start off by playing
'Set the Controls for the Heart of the Sun':-)
I reason that I'm not going to really get a much better sign than that, so I pause the show and go find out the details for the concert at the web page and see they want between $80 to $90 for a basic ticket! 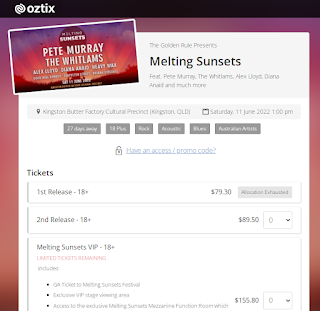 I then say to the universe that if the Logan City Council ain't using my rate payer's money to give me a free concert, then the universe will have to give me the money for the ticket through a small lottery win, as I ain't using my "hard earned" cash when I have a rates bill to pay at the end of the week for over $800.
Either way, I've seen Pete Murray play live years ago at Seagull's on the Gold Coast and "Pete Murray, I'll always remember Pete Murray":-)
And while I haven't seen The Whitlams play live, I have seen
their lead singer play live, back when I had a lot more money than what I've got now:-(
And boy, was that a while ago reading that old 2014 post of mine under this poster - 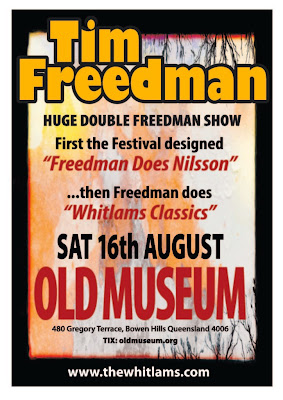 Brisbane Does Love its EKKA ... and Starr's EKKA Paintings
At least I have plenty of time though now ... maybe?
Ah, I'll probably just stay home by myself, as there is no aphrodisiac like loneliness, right Tim?-)
A Lonely Little Petunia?
Posted by Brizdaz (Darren) at 5/16/2022 11:09:00 PM