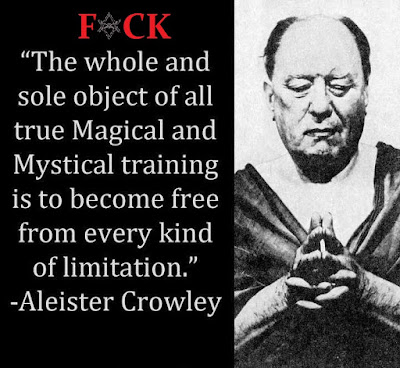 I just listened to a podcast about the word f*ck (*u), which was originally aired on Australian national radio
(that's 666 down in Canberra I believe;-) - "In print, is an expletive less offensive if disguised with an asterisk?
Or does your brain automatically fill in the gap?
Why are there so many books using F**k in the title?
There’s a language warning for this episode."
WARNING: Take the title as a real warning, too.
The following contains strong language 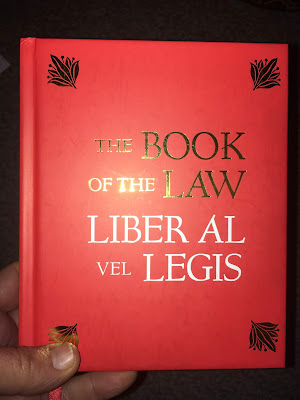 I used the F word in my post about Crowley when I wrote about reading his 'The Book of the Law' when I wrote, "f#ck off Al you deluded egotistical Bible-bashed and rebellious poor soul."
I used the word as a nod to his indulgence in so called "sex magick" that Crowley was into so much, allegedly.
A Beetle is Just a Beetle Until You Decide That It’s Not?
I wasn't worried about offending Thelemites and Crowley fans when I put an # instead of a "u" in the F word I used in that sentence, but I thought it may offend readers of my blog to leave the word in its natural form (mainly American readers in my mind).
While I can swear like a sailor at times, I still don't like writing swear words unedited on this blog and I can't see that changing anytime soon either. 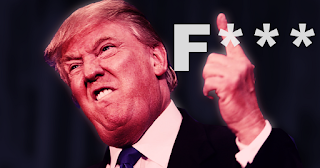 Although, I will make exceptions when it comes to writing about the fuckhead pictured above...and I don't mean Crowley, either;-)
Now I'll have to say sorry to my American readers...I'm sorry that you have a fuckhead for a president, that is:-)
Posted by Brizdaz (Darren) at 7/13/2018 03:52:00 PM