Looking Back Down 'The Street' of Lovecraft's Day? 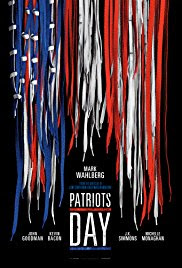 "The Street" is a short story by American horror fiction writer H. P. Lovecraft, written in late 1919 and first published in the December 1920 issue of the Wolverine amateur journal.

The story traces the history of the eponymous street in a
New England city, presumably Boston, from its first beginnings as a path in colonial times to a quasi-supernatural occurrence in the years immediately following World War I.
As the city grows up around the street, it is planted with many trees and built along with "simple, beautiful houses of brick and wood," each with a rose garden.
As the Industrial Revolution runs its course, the area degenerates into a run-down, polluted slum, with all of the street's old houses falling into disrepair.
After World War I and the October Revolution, the area becomes home to a community of Jewish Russian immigrants; among the new residents are the leadership of a "vast band of terrorists" who are plotting the destruction of the United States on
Independence Day.
When the day arrives, the terrorists gather to do the deed, but before they can get started, all the houses in the street collapse concurrently on top of them, killing them all.
An observer at the scene testified that immediately after the collapse, he had seen visions of the trees and the rose gardens that had once been in the street.
I couldn't help thinking while reading 'The Street' almost 100 years after Lovecraft wrote it, that while Lovecraft was no doubt a racist, he may have tapped into the future in some way considering what has happened, not just in Boston, but in the streets of New York and many other streets of the USA. 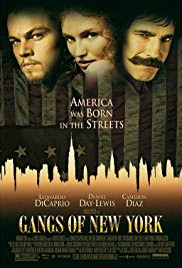 No wonder the streets are full of (maybe justified?) paranoia today, because it is getting harder to tell just who the enemy is anymore. 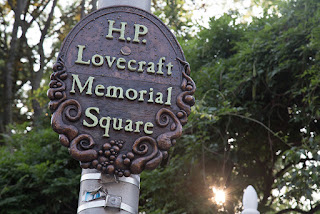 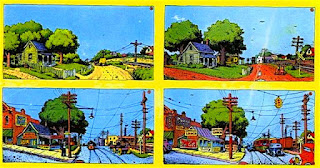 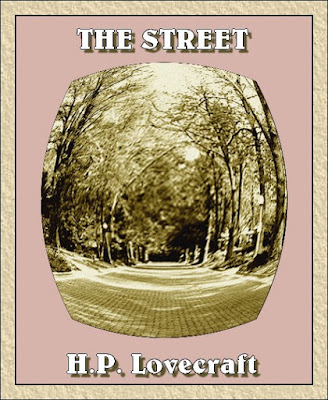 From Cthulhu to U2 to #MeToo to FU to Love(craft)U?
It's a jungle out there on the streets, that's for sure. 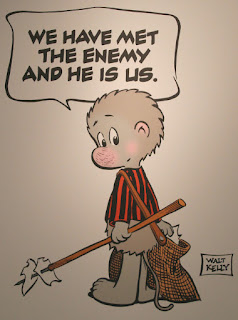