The Wizard of Oz and Reading the Red Books? 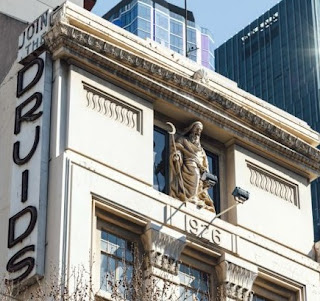 Last Friday after listening to Gordon White's latest podcast about Jung's Red Book and Tolkien's red book -
TALKING THE LORD OF THE RINGS WITH DR BECCA TARNAS
I saw this news article pictured below about a Druid building in Melbourne's CBD. 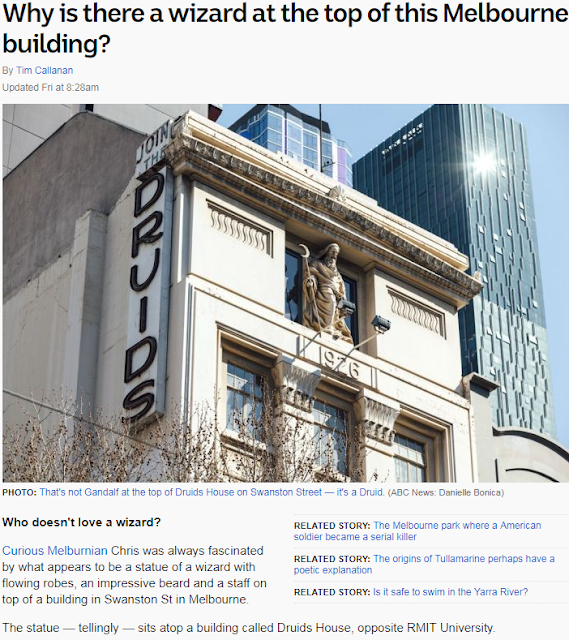 Spoiler: He's not a wizard
"Yes, he looks like Gandalf, with the big beard, robes and staff, and the general impression is that you wouldn't mess with him if you were a goblin.
But he's not really a wizard — he's a druid. You probably guessed that already.
The druids date back to ancient Celtic culture, with the earliest known records of their existence coming from around the 3rd century BC.
A druid was a mix of a priest, judge, doctor and philosopher. They have historically been depicted wearing flowing white robes, with a big white beard and carrying a staff — just like Gandalf.
In addition to an apparent fondness for big beards, the ancient druids were known to have a strong connection to nature.
Many of their ceremonies were carried out in oak groves, which they considered sacred.
In fact, many scholars believe the word "druid" can be directly translated as "they who know the oak tree".
The influence of the druids spread across ancient Britain and France, where the Romans first encountered them.
As the Romans tried to establish order across Britain, they outlawed the druids and massacred many of them, virtually driving them out of existence." 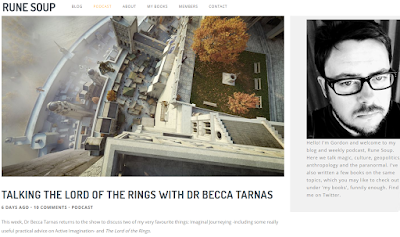 I've never read any of Tolkien's books and since I tend to fall asleep when watching the LotR movies I can't see myself reading the books, but I am a big fan and do own a copy of Jung's Red Book, although so far I have only really looked at and admired the pictures in Jung's book without yet having read it.
I intend to start reading it very soon though.

A JOURNEY THROUGH TOLKIEN'S MAGNUM OPUS... A POWERFUL EXPERIENCE OF THE IMAGINAL REALM

And while Dr Becca Tarnas's course looks intriguing, I can't convince myself that reading Tolkien's books would be, especially when the course price is dearer than the ticket I paid to go see Pink in concert.

The Lord of the Rings just isn't my idea of a good time I'm afraid, but for those who are into it Bec's course might just get the party started for you.
As far as rings that rule you goes I'm not into 'em any more and threw mine into the ocean, because there wasn't an active volcano handy at the time.  I enjoyed listening to Gordon and Becca talk about the two red books, but there is only one red book that I'm really interested in reading at the moment. 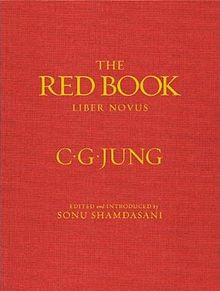