On the Write Path?-)

WHAT IS EVIDENCE TO YOU?
Thanks to Gordon at the 'Rune Soup' blog and his blog-post in the link above, where he mentioned the amusing video featuring Paul Weston with his ideas about synchronicity I came across an interesting site about synchronicity called 'Wake Up Screaming'.
I'll bet Paul has 'The Police' album 'Synchronicity' among his old 33 1/3 RPM vinyl records, as well;-) 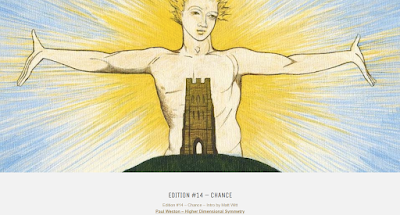 I think Matt is closer to the truth than Paul is with his thoughts on synchronicity below -
SOME SCATTERED THOUGHTS ON SYNCHRONICITY
"We are each one of us a mini universe.

Sometimes we fit so snuggly into our bigger picture that there are no joins, this is where synchronicity appears.
The convergence of patterns, the noticing of the nuances of the universe by the universe. Synchronicity is an expansion of consciousness.

It is patterns colliding.
It is a spontaneous clashing of events, but one that evokes meaning and excitement in the consciousness in which it collides.
I get the feeling that to understand the true workings of this is to become infinitely aware.
Many have spoken of a sort of pleasure, or “wow moment” involved with the phenomenon.
I wonder whether we find it so exciting because it’s what the universe is striving for, the recognition, noticing, relating together distant objects, recognising what marries them, this is the special ability that humans have, that pinnacle of ability of the universe to recognise itself, to recognise patterns within itself.
It leads to this feedback loop of pleasure associated feelings, similar to those received when creating: the bliss, the confirmation of meaningful engagement.
There is a similarity of feeling between creative work and the recognition of synchronicity. Creativity might be ongoing synchronicity, it’s the human engaging in a series of meaningful actions that collide to make meaning, the artwork itself.
When I engage in the creation of a picture, the picture talks to me through feeling, through this to and fro of mark making and emotional response, when a line is placed down that interacts blissfully with those around it, it could be said that it’s behaving synchronistically.
So perhaps the creation of a picture is an ongoing unfolding of synchronistic events seemingly in control, but ultimately random.
If we expand that out to real life actions, it might be a good way to approach the understanding synchronistic events in the world."
Gordon White writes about feeling he was on the wrong path by heading to Launceston for a writer's festival and leaving earlier than he expected to, because to him it sucked.
But does that mean Gordon was on the wrong overall path for him?
I doubt it, because even though to Paul and Gordon synchronicity is about their little journeys in life being "on track", I think synchronicity is about the bigger journeys and connections in life.
It's just that we tend to notice some WTF(?) moments in our lives and the lives of others while a heap fly over our heads all the time.
Life is bigger than all of us and so is synchronicity.
And just because you hate where life took you, or is taking you, doesn't mean that you aren't on your right path in life, because LIFE is a bigger game than the one that you and I think we are playing.
But it's still fun to keep a diary just to see how weird that game can be. 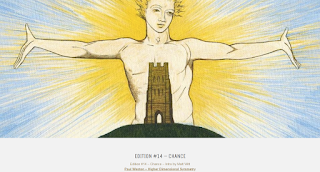 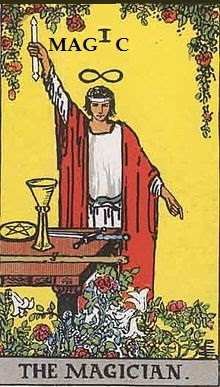 Life trumps any magic that any human being can think of doing (or thinks they are doing;-) in my opinion.
But everyone needs a hobby I guess to keep them "on track" while Life plays out its own game for you and me;-)
Ironically, in Paul Weston's video he ends his talk before question time saying that he did 25 minutes solid only to be corrected by Matt saying it was 23;-)
He then goes on to talk about Robert Anton Wilson's books.
Synchronicity's an enigma ain't it?-) 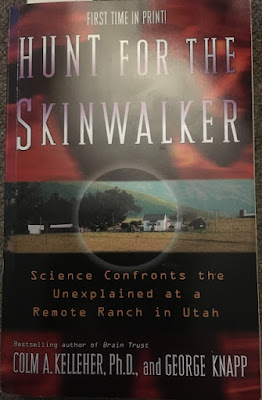 And as for the Skinwalker Ranch stuff Gordon mentions in his post, all I can say is keep those gumboots handy - 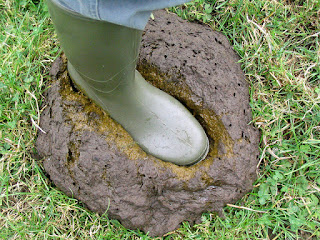