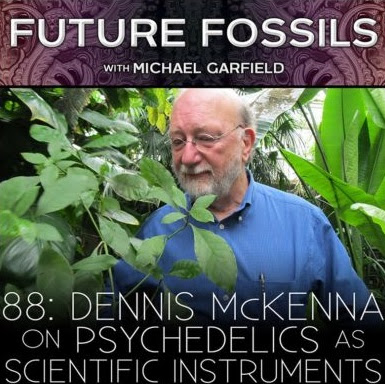 Interesting new podcast at the 'Future Fossils' site -
"Dennis McKenna – one of the most rigorous scientific intellects working with psychedelics in the modern era, responsible with his late brother Terence for popularizing the techniques for cultivation of psilocybin (“magic”) mushrooms, co-author of numerous books on psychoactive plant and fungal medicines and their curious effects on consciousness, and an outspoken advocate for cognitive liberty psychedelic research."

How can the psychedelic experience in all of its weirdness inform deeper, more rigorous experiments and scientific paradigms?

Meet (and then disrupt) the source of all your problems: the default mode network.

“The ego…thinks it’s controlling everything, which of course it’s not, but it helps the delusion to think that it is.”

The necessity of GROUP psychedelic research from within the altered subjectivity of non ordinary consciousness.

The ontology of entities, as studied by the scientific method.

What kind of QUESTIONS and what kind of FACTS come out of a psychedelic science for which “real and unreal” is insufficiently nuanced?

The Internet is a psychedelic substance.

Are waking life and psychedelic consciousness closer now than they used to be?

The Simulation Hypothesis, The Drake Equation, The Copernican Principle, Occam’s Razor (is fractal)

How do you step outside the box?

“Our cleverness is out of synch with our wisdom.”

The wise deployment of technologies.

The difference between the past and the future. (???)

Concerns about the specter of the collapse of the biosphere.

“I’m a science fiction fan, so I assume our destiny is in the stars, right?
If we leave the Earth, it would be nice to leave a garden and not a toxic waste dump.
There’s no reason why that can’t be so.”

The history and future of the ESPD, the Ethnopharmacologic Search for Psychoactive Drugs. (!!!) 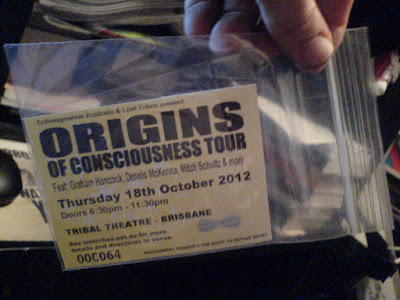 I had the good luck to ask Dennis about micro-dosing at the Alien-con in LA this spring. He replied that he would not partake during the conference. Set and setting is key. Always good information at the Wheels, To shine forth is key. 87

So Dennis met Dennis at Alien-con?
Kind of synchy and "far out", as well:-)