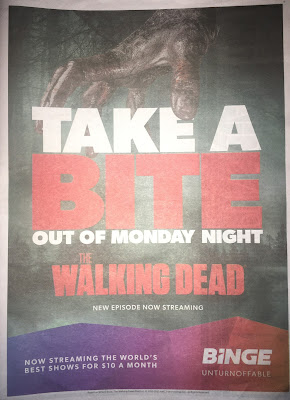 You can bet that timing is everything when it comes to life I reckon.
I'm not really into zombies much any more, but as readers who have been following my blog for the last couple of months would know, I've been reading Nancy Pearl's 'Book Lust' -
Neuro-Nancy?
And the weekend that I read the news stories about a Brisbane burger joint handing out free lamb's brains zombie burgers for a season 10 of 'The Walking Dead' promotion with BINGE streaming service, was the weekend I read page 217 of 'Book Lust' where Nancy mentions a book I've had sitting on my bookshelf unread for years ('I Am Legend') which she says inspired 'Night of the Living Dead' and its sequels being made.
No doubt that all inspired the makers of 'The Walking Dead' too? 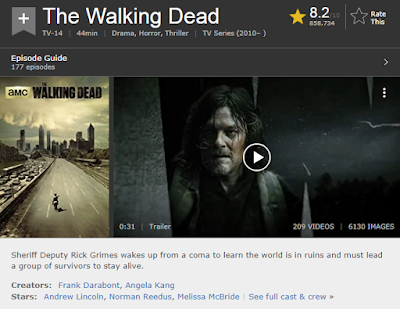 I've never watched one episode of 'The Walking Dead' yet, and I don't plan on watching one either.
But reading page 217 in 'Book Lust' made me blow the dust off my copy of 'I Am Legend' and promise myself that I will read it next.
I was also inspired to binge watch all of season 8 of
'Game of Thrones' on BINGE that weekend, which was the original reason I had subscribed to the streaming service in the first place, so that I could finally watch the season I had been put off watching from all of the negative fan reviews of that season.
And you know what?
I was happy with the ending, to be honest.
Kind of reminds me of another Netflix series that I like to watch;-)
Netflix Will Have Enough Material Now for 'The Crown' Until Kingdom Come? 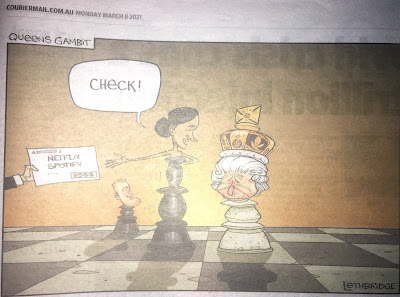 I thought all those characters in that show got what was coming to 'em in the end anyhow.
Conspiracy: Be Careful What You Fish For? 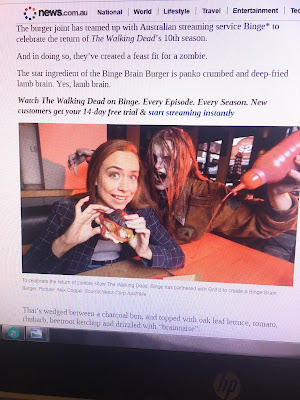 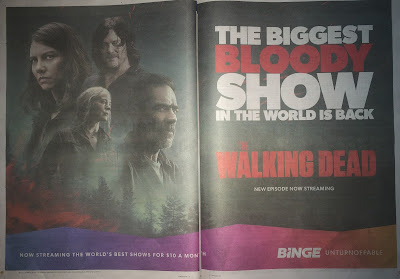 I am ... not into lamb's brains on a bun, so I hope when
Mark Wahlberg opens his burger chain in Brisbane later this year that he has something more appetizing to offer us BINGE watching zombies -

Burgers, Missing Loved Ones, Holidays, Movies ... and Would You Like Minimum Fries or Hot Chips with That? 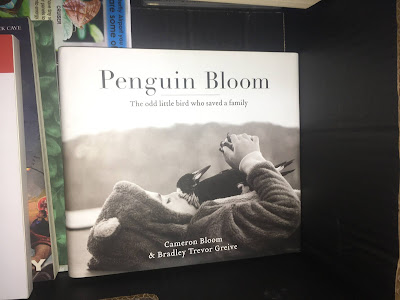 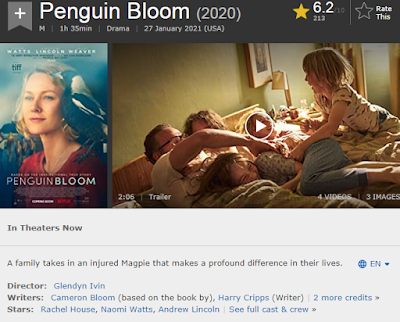 And on the subject of brains, Andrew Lincoln from
'The Walking Dead' plays Cameron Bloom in the movie
'Penguin Bloom' -
Do You Really Need to See a Blockbuster to Have an Entertaining Time at the Cinema? 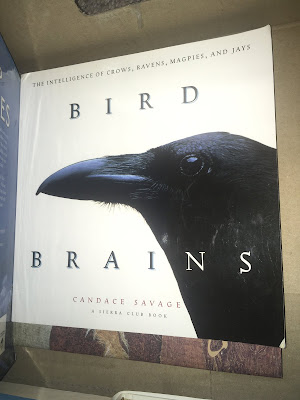